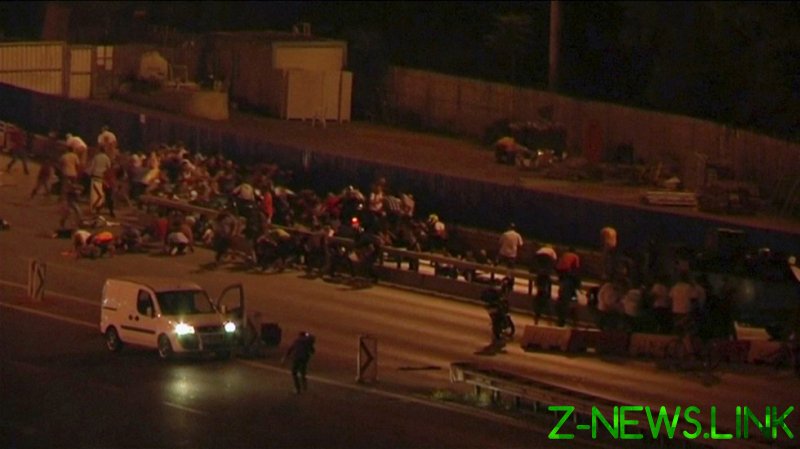 “Was it only FETO behind the July 15 coup? Did it just do it alone? No,” Soylu said on Thursday, referring to the movement led by US-based Turkish preacher Fethullah Gulen, labeled the “Fethullah Terrorist Organization” (FETO) by authorities in Ankara.

The US State Department hit back at the charge later on Thursday, issuing a curt statement emphatically denying any connection to the revolt.

“The United States had no involvement in the 2016 attempted coup in Turkey and promptly condemned it. Recent assertions to the contrary made by senior Turkish officials are wholly false,” read the statement, attributed to spokesman Ned Price.

These remarks and other unfounded and irresponsible claims of US responsibility for events in Turkey are inconsistent with Turkey’s status as a NATO Ally and strategic partner of the United States.

While Turkish officials maintain that soldiers loyal to Gulen kicked off the putsch – which left more than 250 people dead and even saw the country’s presidential palace bombed – some in government have long asserted direct US involvement, with Soylu telling local media that “America is behind the coup” less than 24 hours after the incident in 2016, when he served as labor minister.

Gulen, for his part, has also denied any role in the bid to overthrow the Recep Erdogan government.

The coup attempt sent shockwaves through Turkish society, prompting a sweeping hunt to root out collaborators that resulted in the expulsion of tens of thousands of military officials, police officers, governors, judges and other state employees suspected of ties to the insurrection. Some two months after the fact, at least 32,000 arrests had been made in connection to the incident, according to then-Justice Minister Bekir Bozdag.

Though no clear evidence of American involvement in the coup has come to light, Ankara issued arrest warrants for US scholar Henri Barkey and former CIA officer Graham Fuller in November 2017, alleging they helped plan the abortive regime change. Neither returned to Turkey to face the charges, with Barkey dismissing the claim as a “complete fabrication,” while Fuller insisted that any “notion that current or former employees of the United States Government were involved in the failed coup is absurd.”