Home / WORLD / Turkey says US must repay it for ‘unfair’ expulsion from $1.4bn F-35 jet deal or offer other hardware in return

Turkey says US must repay it for ‘unfair’ expulsion from $1.4bn F-35 jet deal or offer other hardware in return 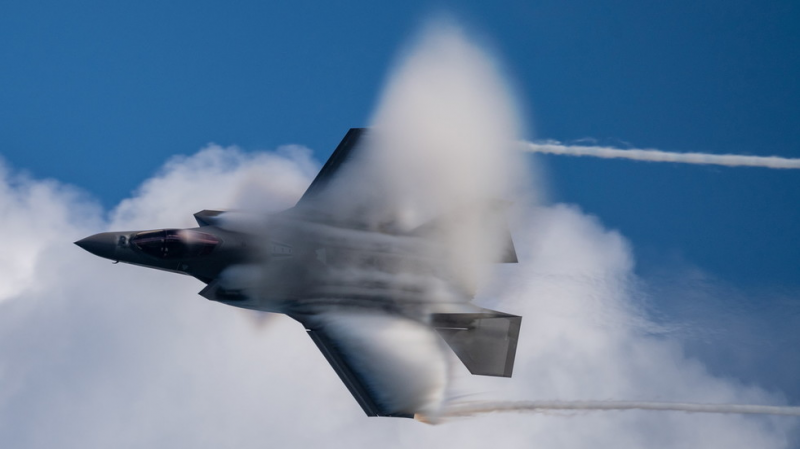 Turkey ordered the Lockheed Martin-manufactured fighters prior to its expulsion from a multi-national partner procurement program in 2019 over the purchase of Russian S-400 air defense systems. Ankara has criticized its removal as unfair. However, its defense industry has continued to develop and manufacture some of the aircraft’s key components.

During a TV interview on Thursday, Cavusoglu said that Turkey had already “clarified its view” on the S-400 purchase and reiterated that it was “unfairly removed” from the program. He then called on Washington to either let it back in or find a way to repay the investment – failing which, he said, the country would “consider other options.”

“Turkey has never been without alternatives… When there is a need, it can turn to other countries. We have alternatives,” the minister told CNN Turk, adding that the country could purchase Russian-made Su-35 or Su-57 fighters if the US refuses to resolve the issue.

Earlier this month, Turkish President Recep Tayyip Erdogan said Washington had offered Ankara a package of 40 new F-16 aircraft and nearly 80 modernization kits for its existing fleet of F-16 fighters in exchange for the F-35 payment. He said this week he would confirm that offer with President Biden on the sidelines of the upcoming COP26 climate summit in Glasgow.

Cavusoglu told CNN Turk that there were “different lobbies” active on the issue in the US and said the “attitude” of the Biden administration was most important if Congress was to be persuaded to approve a deal.

A group of 11 Democratic and Republican lawmakers reportedly expressed a “profound sense of concern” to the Biden administration this week about the potential F-16 sale and opined that Congress would block any such exports.

According to Reuters, which reviewed the letter, the politicians cited an announcement by Erdogan in September that Turkey would “purchase an additional tranche” of the S-400 missile defense systems from Russia. The letter noted that the US could not “afford to compromise our national security” by selling aircraft to a NATO “treaty ally that continues to behave like an adversary.”

Washington has previously raised the specter of Moscow using the S-400 to obtain classified info on the F-35 fighter and also insisted that they are incompatible with NATO systems. However, Turkey has repeatedly said that the Russian missile systems would not be integrated into any alliance equipment.

Meanwhile, the Pentagon said on Wednesday that the two countries would continue to hold talks to resolve the F-35 issue. According to Pentagon spokesman Lt. Col. Anton T. Semelroth, senior defense officials from both countries had met for “dispute resolution discussions” in Ankara on Wednesday.