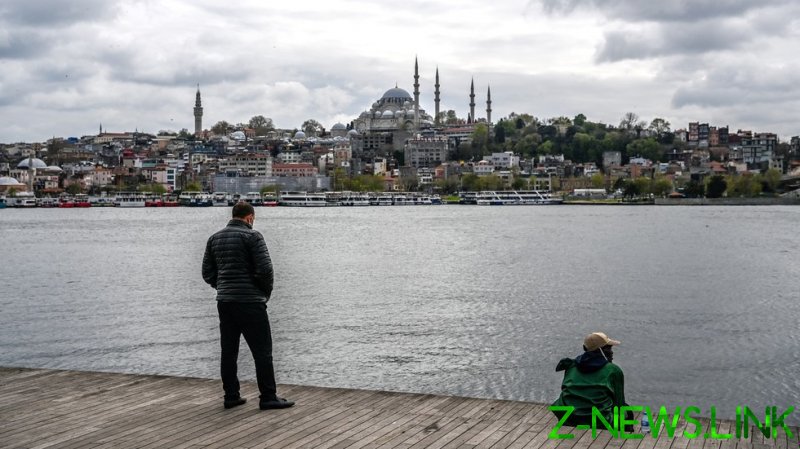 Tukish military has intercepted an “old” naval mine near the Bosphorus strait, the country’s Defense Minister Hulusi Akar said on Saturday. The “mine-like object” was first spotted by a commercial vessel in the vicinity of the busy Black Sea strait in the morning, the official told reporters.

Ankara has raised the issue with both Russian and Ukrainian officials, Akar said, without assigning blame to any party for the incident. While the defense minister said that maritime traffic “continues safely” in the area, the Turkish agriculture ministry has issued a notice prohibiting night-time fishing in certain areas of the Black Sea, in the wake of the incident.

Footage circulating online shows the mine floating close to Turkey’s shores. The object appears to be a classic ‘horned death’ naval mine, and may be similar to a Small Anchored Mine (MYaM), a Soviet-made munition dating back to the WWII-era.

The Ukrainian military has placed anchor mines along its Black Sea coast in response to the ongoing Russian offensive launched late in February, the agency claimed, warning that a number of antique Soviet-made munitions have already detached from their cables and have roamed the Black Sea freely. Given the predominantly southwards currents in the area, the mines threatened the maritime traffic in Bosphorus and beyond, the FSB warned.

“It is not possible to rule out that the detached mines will drift into the Bosphorus and further into the Mediterranean Sea,” it cautioned.

The allegations, however, were disputed by the Ukrainian side, which claimed that the mine scare was merely Russian disinformation designed to serve as an excuse to close off parts of the sea.