Turkey attacked a military airport of the Syrian troops in Aleppo 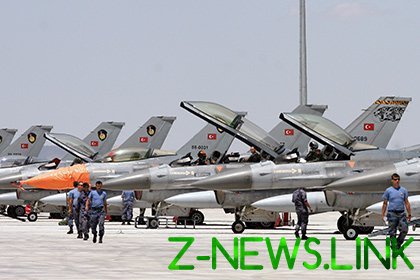 As a result, the airport of the governmental troops of Syria had become “unusable”, according to CNN Turk. Anadolu claims that the Turkish armed forces destroyed the object, which, in particular, was used for attacks on Turkish military

Turkish armed forces attacked a military airport, controlled by government forces of Syria in the area of Neirab in Aleppo province. As a result of operation object was “unfit for use”, according to CNN Turk.

The Turkish Anadolu news Agency, without reference to the source claims that Turkey has destroyed the airfield. The blow inflicted on it by the forces of drones and artillery of the Turkish armed forces.

The Syrian forces used the airfield for attacks on Turkish military and villages in Idlib, according to the publication.

On the eve of the Syrian government news Agency Sana reported on two government aircraft, the air force downed by the Turkish military. The pilots managed to eject. After that, Syria has decided to close the airspace over the Idlib and North-Western regions.