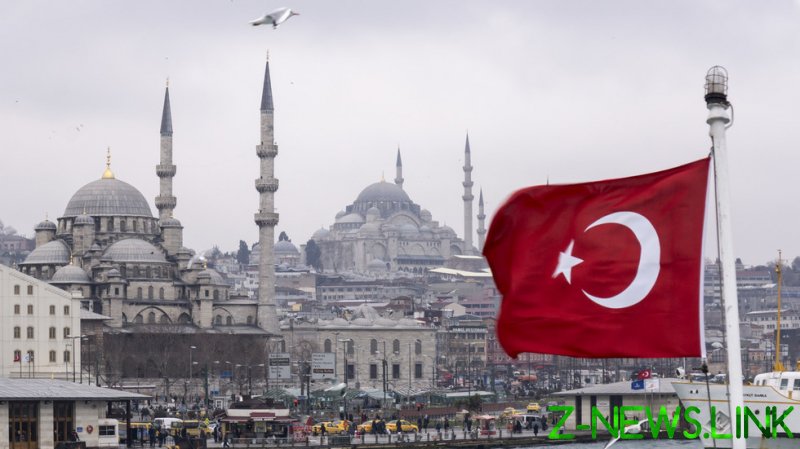 “To make our country one of the 10 biggest economies in the world, we’ve turned towards bigger investments in bigger projects,” the president said in his video message during the opening ceremony for a bridge in the eastern Malatya province.

He also said that Turkey is realizing more than half of all global megaprojects by itself, adding that the country is planning to support ventures in the spheres of space technology, hi-tech, and artificial intelligence.

“With the courage we derive from our strong infrastructure, we constantly raise our targets in every field, enhance our capacities, and, especially, expand new production areas,” Erdogan said.

Turkey’s economy is set to emerge from a prolonged slump, brought on by factors including the coronavirus pandemic, and grow by as much as four percent in 2021, according to a Reuters poll of analysts. At the same time, inflation is expected to fall to 11.6 percent due to the nation’s tight monetary policy.

The economy reportedly shrank around 10 percent year-on-year in the second quarter, when the first wave of Covid-19 hit, but it managed to swing back to growth from July through September. The economists expect it to narrowly avoid a contraction for 2020 as a whole.

Turkey’s current account balance, which recorded a rare surplus in 2019 as the economy slowed, has returned to a deficit, which is expected to stand at 5.1 percent of GDP in 2020 and 2.5 percent this year, according to the poll.