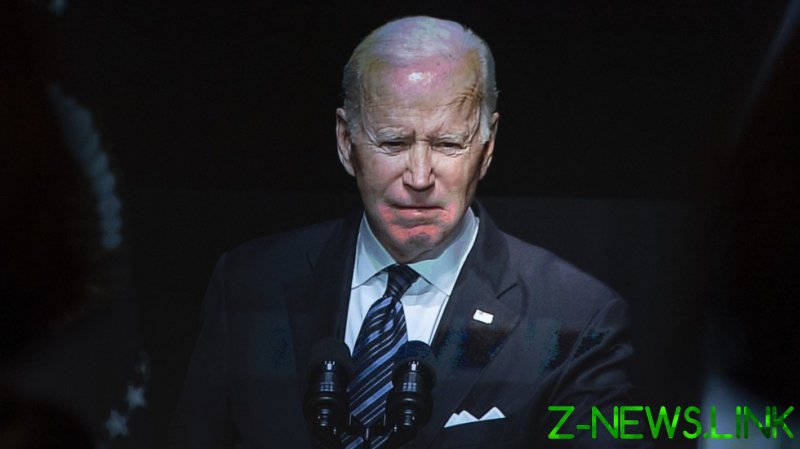 Ex-Democratic Representative Tulsi Gabbard has claimed that former President Barack Obama is behind the White House’s new Disinformation Governance Board, suggesting the current commander in chief is merely a figurehead for the project.

“Biden is just a front man,” Gabbard said in a tweet on Sunday, sharing footage from an April 21 speech by former President Obama centered on “disinformation and challenges to democracy in the digital realm.”

“Obama, April 21: social media censors ‘don’t go far enough,’ so the government needs to step in to do the job. Six days later, Homeland Security rolls out the ‘Ministry of Truth’ (aka Disinformation Governance Board),” Gabbard said, later calling on Democrats to oppose the “propaganda board.”

In the speech in question, delivered at Stanford University, Obama argued that while social media platforms have taken efforts against “dangerous content” that “should be applauded,” decisions about moderation “shouldn’t be left solely to private interests.”

“These decisions affect all of us, and just like every other industry that has a big impact in our society, that means these big platforms need to be subject to some level of public oversight and regulation,” he said.

Obama has stepped up warnings about online disinformation in recent weeks, giving a number of speeches on the issue this month alone, in addition to a conference organized by the Obama Foundation to discuss “creative solutions” to the problem.

The Biden administration announced the new Disinformation Governance Board last week, noting it will operate under the authority of the Department of Homeland Security. Though officials have stated the board will “monitor” supposed “disinformation” online in a “nonpartisan” and “apolitical” manner, the full scope of its activities remains unclear, despite later clarifications from DHS chief Alejandro Mayorkas.

Pressed on exactly how the board will operate during a sit-down with CNN’s Dana Bash on Sunday, Mayorkas would only say that it would not violate the rights of Americans or spy on citizens.

“It works to ensure that the way in which we address threats – the connectivity between threats and acts of violence, are addressed without infringing on free speech, protecting civil rights and civil liberties, the right of privacy,” he said. “The board, this working group, will draw from best practices and communicate those best practices to the operators.”

Critics were quick to denounce the new disinformation board as akin to the thought-policing Ministry of Truth from George Orwell’s ‘1984’, with Gabbard previously dubbing it a state “propaganda arm.” The White House has rejected that characterization, however, insisting the board was not created to “adjudicate what is true or false, online or otherwise.”