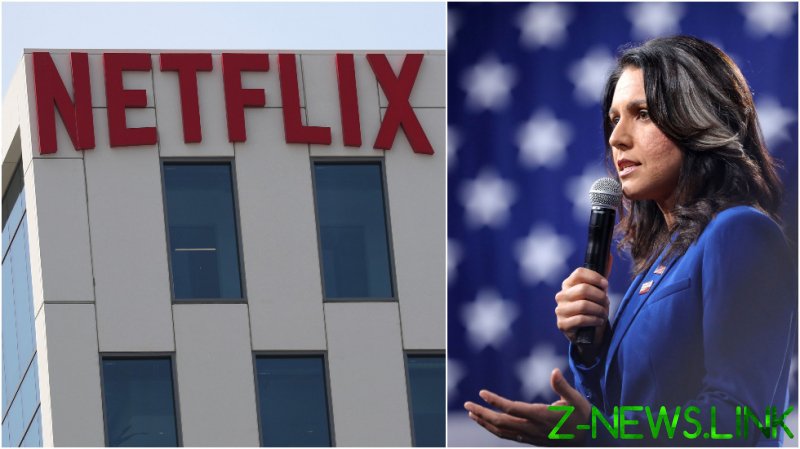 The former Democratic presidential hopeful took aim at Netflix in a Friday tweet, arguing the controversial film would only “whet the appetite for pedophiles” and “help fuel the child sex trafficking trade” while slamming the streaming service as “complicit.”

The Hawaii Democrat was not the only lawmaker to step into the debate over the new release on Friday. Just prior to Gabbard’s tweet, Senator Tom Cotton (R-Arkansas) and Rep. Jim Banks (R-Indiana) also blasted the film in separate statements, both inviting the DOJ to take legal action against Netflix.

“There’s no excuse for the sexualization of children, and Netflix’s decision to promote the film ‘Cuties’ is disgusting at best and a serious crime at worst,” Cotton told the Daily Caller.

Following weeks of controversy, which was sparked before the film’s official release date, Netflix finally addressed critics in a statement on Thursday, insisting ‘Cuties’ is a “powerful” and “award winning” story while encouraging viewers to give the movie a chance. While the company previously apologized for a promotional image for the film, acknowledging it was “inappropriate” and “not ok,” it argued the poster was not “representative” of the picture. Critics online were not receptive to the apology, however, as many have noted the content of the movie is “far worse” than what was shown in the promo poster.