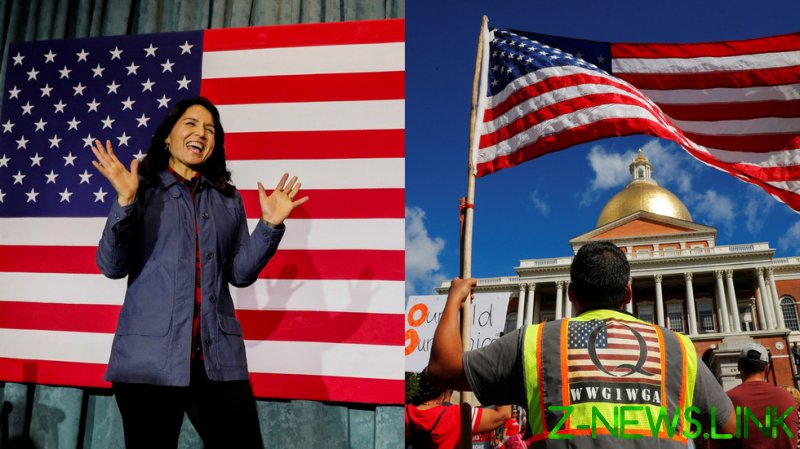 Ryan didn’t connect the dots as to how Gabbard’s distaste for sexual exploitation of children suggests she is a follower of the QAnon conspiracy movement, which posits that Satanic pedophiles are running a child-trafficking ring and plotting against President Donald Trump in a battle for world domination.

Gabbard, who was called a “Russian asset” by Hillary Clinton after crossing swords with the party’s favored candidates in presidential debates last year, tweeted Friday that “Cuties” will “whet the appetite of pedophiles and help fuel the child sex-trafficking trade.” She noted that her friend’s 13-year-old daughter had been a victim of such trafficking.

Film critics and quite a few liberals leaped to the movie’s defense, with the UK Telegraph calling it “a provocative powder-keg for an age terrified of child sexuality.” Netflix said it was “social commentary against the sexualization of children.” Conservatives who pushed a campaign to cancel Netflix subscriptions and called for an investigation by the US Justice Department were dismissed as hypocritical. The New Yorker said “Cuties” became the target of a “right-wing campaign.”

Gabbard struck a nerve with fellow Democrats, just as when she exposed the dubious record of Senator Kamala Harris as a California prosecutor. Elizabeth Nolan Brown, senior editor of Reason magazine, tweeted Saturday that Gabbard was “using a fake controversy to push fake news and made-up stats. I don’t know why I thought Tulsi was better than this, but I did.”

Ryan’s QAnon smear took the criticism to another level – and evoked a fierce response on Twitter. The extremism “fighter” said that after posting her tweet on Gabbard, she woke up Saturday to “hundreds of idiot cultists harassing me on here and over email.”

The backlash to Ryan’s swipe at Gabbard wasn’t limited to only conservatives. Independent journalist Ford Fischer, co-founder of News2Share, said Gabbard’s criticism of Netflix had “nothing to do with the ridiculous conspiracy theory you mentioned.” Even Democrat strategist Christine Pelosi, daughter of US House Speaker Nancy Pelosi, called for Netflix to cancel “Cuties.”

While Gabbard evoked some Democrat pushback, she again inspired support from Republicans. “Tulsi Gabbard single-handedly grappled and TKO’d Kamala Harris with the truth during the debates,” a Twitter user known as “Tiff” said. “Now she’s got Netflix in a brutally painful armbar so they can tap TF out.”