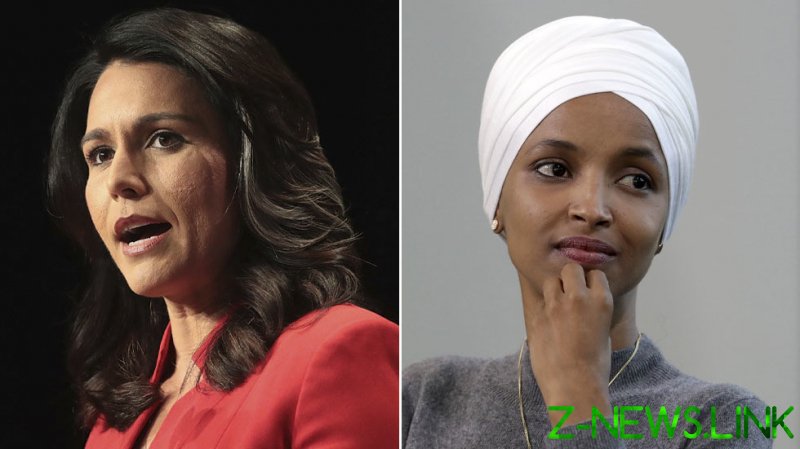 Gabbard tweeted on Monday that the allegations against Omar made by the investigative undercover news group were “further evidence of the need to ban ballot harvesting.” Such practice is also called ‘ballot collecting’ and involves third parties gathering mail-in ballots and delivering them to election officials. It is legal in some states, and is aimed at helping physically impaired voters. In Minnesota, Omar’s home state, one can have no more than three ballots, though the congresswoman allegedly paid her supporters to ‘harvest’ dozens, according to a Project Veritas interview with a purported community activist. Omar has denied that man had ever worked for her, refuting the claims.

The Hawaii representative previously introduced a bill that would prohibit federal funding to states that allow ballot collecting, and was using Project Veritas’ findings as an example in support of it.

Project Veritas is seen as a right-wing fake news outlet by US liberals and leftists, after several of their ‘scoops’ turned out to have been false. Gabbard siding with the outlet over her supposed fellow congressional progressive Omar was largely met with disappointment and hostility. “Anyone who takes Project Veritas seriously is not to be taken seriously,”wrote left-wing political commenter Mike Figueredo.

Some simply took Gabbard’s tweet as her being highly gullible. “I am pretty sure I can get Tulsi Gabbard to PayPal me $10 thousand if I tell her I am a prince,”quipped one user, referencing the infamous ‘Nigerian prince email scam’.

Some commenters, however, though that Gabbard going against the grain to call out Omar made her the “Democrat with common sense.”

The congresswoman is no stranger to intra-party hostility, not least for going off-script with the democrats over certain issues. Last October, while running for president in the Democratic Party primary she was branded a “Russian asset” by the 2016 presidential hopeful Hillary Clinton.

Most recently Gabbard was attacked as a supposed QAnon conspiracy-theory follower, after she spoke out against the release of the French coming-of-age film ‘Cuties’ on Netflix. The congresswoman tweeted that the movie will “help fuel the child sex trafficking trade” allegedly by sexualizing its adolescent actresses.