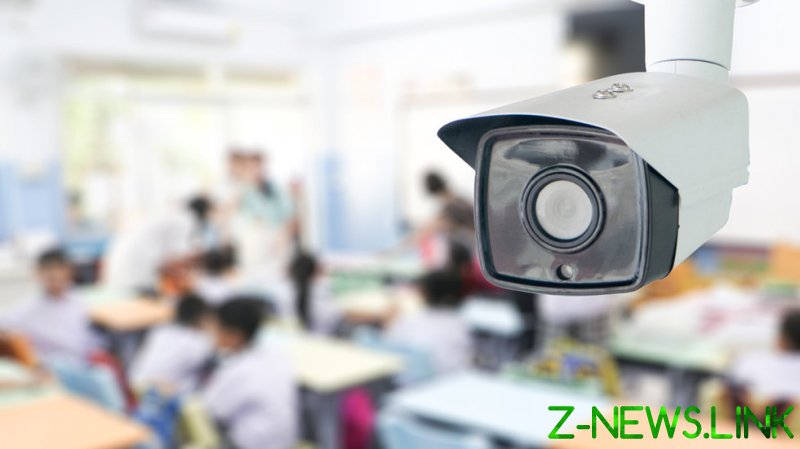 So far this year, 26 states in the US have introduced bills, passed bills into law or otherwise acted to restrict how racial issues are taught. Now, Fox News host and paleoconservative political commentator Tucker Carlson is calling for a “civilian review board in every town in America to oversee the people teaching your children” and even proposes cameras in classrooms to monitor exactly what teachers are teaching about race.

These laws and proposals violate academic freedom and will do exactly what they’re intended to do: restrict teachers from teaching and students from learning much of the truth about the United States and its history.

If Carlson’s cameras are implemented, well-funded conservative groups that oppose teachers’ unions and public education will scour the recordings looking for teachers’ words they can take out of context and highlight as wrongs. Misguided parents aligned with these groups will serve as cover. Like-minded legal advocacy groups will file nuisance lawsuits that harass and drain funds from unions and school districts alike.

The war on critical race theory (CRT) has already produced casualties. According to NBC News, a Texas art teacher was put on leave after parents complained over a student-designed yearbook cover that included the words “Science is real, Black lives matter, no human is illegal, love is love.”

In Florida, Education Commissioner Richard Corcoran said “we made sure” that a Jacksonville English teacher, Amy Donofrio, was removed from teaching duty for displaying a Black Lives Matter banner in her classroom. In what seems like parody, the name of her school is Robert E. Lee High School.

Donofrio, who says she learnt she was fired from watching a YouTube video, says her experience has been “horrifying because of the message it sends to teachers.”

Jonathan Friedman, director of free expression and education at the free speech advocacy group PEN America, warns of a “creeping censoriousness” in schools that will “purg[e] them of a diversity of teachers and talent, and winnow the critical lenses through which young people should be encouraged to view history and society” – a prospect he describes as “highly alarming.” It is also likely that teachers who are union leaders or strong union supporters will at times be targeted.

Some conservatives are looking for more than just the scalps of “woke” educators. In a recent article called ‘The Point of the Anti-CRT Fight Should Be to Take Over the Schools’, influential columnist Rich Lowry writes, “The danger in the current fight over CRT isn’t that the right overreaches, but that it settles for too little…[it’s] a gigantic missed opportunity if all conservatives came away with from this moment was some rules against teachers” teaching CRT. Instead, he calls for “taking control of the K-12 schools in a swath of America … winning school-board seats in … communities around the country.”

Students will be the collateral damage in this battle – the “creeping censoriousness” endemic to a movement such as this also targets them. Sales of a student-produced yearbook were halted by a Florida school district because it discussed the Black Lives Matter movement without mentioning “Blue lives matter.” A group of 8th graders in New York had a presentation about racial justice they had created censored by the school district. The real lesson the anti-CRT movement is teaching these students is to self-censor.

If cameras are watching teachers, they’re watching students – an invasion of their privacy. It means that embarrassing things they do will be forever preserved on tape. How many times have you heard an older person say, “Thank God there were no social media platforms or cell phone cameras when I was a kid! The stupid things I did or said…”?

As teachers, we often urge students to be careful what they post online or on social media. “Things posted online often last a long time and can come back to haunt you,” we tell them. With cameras in the classroom, such warnings will now apply to anything they say or do in class. Cameras will make it much more difficult for teachers to create an enjoyable, relaxed atmosphere in class.

There will also be a different type of collateral damage – and one that Carlson has almost certainly not considered. One of the most consistent struggles teachers have is to get girls – particularly Latin or Asian girls – to fully participate in class. More so than boys, girls often have an acute fear of embarrassment. As teachers we work patiently to overcome this. However, if girls know that they are being recorded, these efforts will be completely undone.

Paradoxically, while Carlson, Lowry, and other conservatives profess to see teachers as leftist ideologues secretly indoctrinating students behind closed classroom doors, the fact is that, under federal law, the public is already able to come in and observe classes. School administrators and district officials have the same right. Nobody is hiding anything.

What we are trying to do is meet the needs of our students. The student bodies of public school districts in major cities are overwhelmingly black and brown. Issues such as police brutality, the wealth gap, housing inequality, mass incarceration and the school-to-prison pipeline, the lack of healthcare, living-wage jobs, and childcare, and others, are important to them. And you can’t talk about these problems without discussing race.

These issues are our students’ reality. They’re what concerns them. What kind of educators would we be if we ignored this?