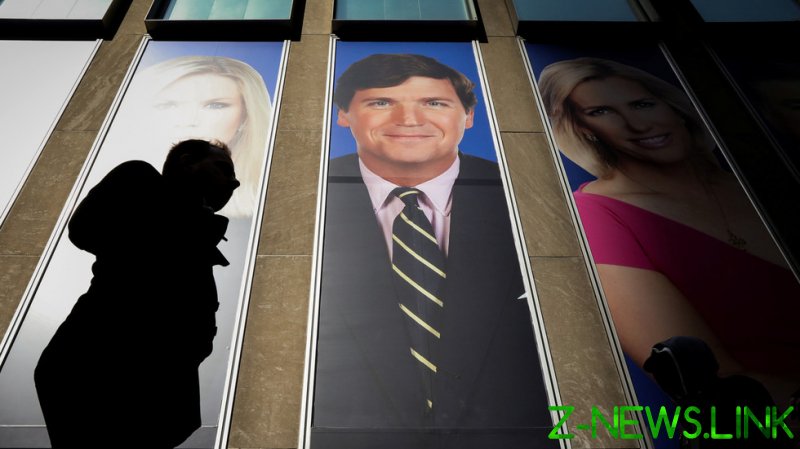 I would like to preface this article by saying that what Tucker Carlson claims still needs verification, but if it’s true, it sets a horrifying precedent. On his show last night, the political commentator claimed the Biden administration was spying on him, and a whistleblower had come forward with evidence proving it was going on.

During the broadcast, he alleged the whistleblower had presented him and his team with a communication about a story they were going to run that only someone within that team would have known about, and that they could only have known about via his own SMSs or emails. According to Carlson, there was no other possible source for that information.

He went on to state the following: “The Biden administration is spying on us. We have confirmed that. This morning we filed a FOIA request – a Freedom of Information Act request – asking for all the information the NSA and other agencies have gathered about this show. We did it mostly as a formality. We’ve also contacted the press office of both the NSA and the FBI. We don’t expect to hear much back. That’s the way that usually goes. Only Congress can force transparency on the intelligence agencies, and they should do that immediately. Spying on opposition journalists is incompatible with democracy. If they are doing it to us – and, again, they are definitely doing it to us, they are almost certainly doing it to others. This is scary, and we need to stop it right away.”

If what Carlson says is correct, this should make every single person who works in the United States media scared out of their minds. The idea of either political party, when in power, spying on the goings-on of news programs and media outlets is anathema to press freedom. What could conceivably be the reason behind such intelligence-gathering? The Biden administration keeps saying it wants to go after “white supremacists,” so are they going to try to lump Tucker Carlson in with that group? Will they try to do this to other conservative media personalities? Lord knows, the critical race theory they seem so fond of would certainly allow them to consider such people to be hateful bigots stained with the original sin of whiteness.

This is the problem with the United States government having the ability to spy on its own people. Senator Rand Paul (R-KY) once made the point that the measures in place since the Bush era have not caught a single domestic terrorist. It makes you wonder if they’re now going to be used simply to hammer down on law-abiding citizens who just don’t have the ‘right’ opinion. When you’ve found a way to make conservative commentators such as Tucker Carlson or Ben Shapiro seem as extreme as neo-Nazi Richard Spencer, everyone can become a target.

It doesn’t matter who;s in charge. Whether you’re on the right or the left, it should absolutely horrify you that a sitting administration is spying on the press. In fact, I think members of the press need to answer a question for themselves now: would you rather have a president who has a negative view of your work and dismisses you as a jerk, or someone who spies on you for expressing the ‘wrong’ opinions? The former is an annoyance. The latter is an Orwellian nightmare.