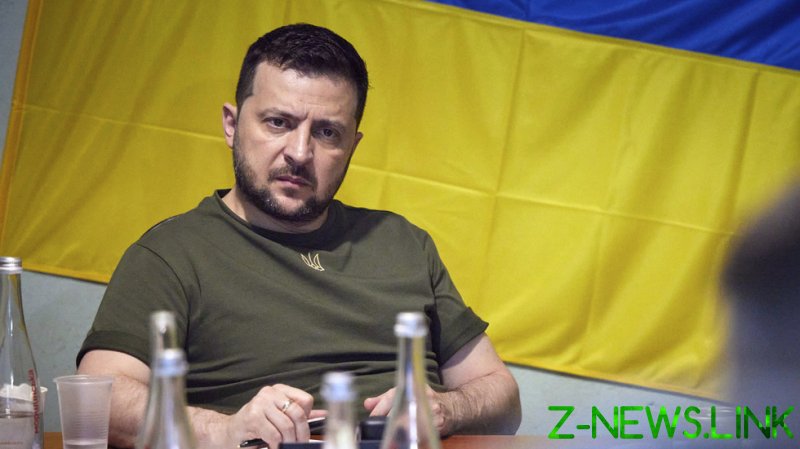 Fox News host Tucker Carlson issued a fierce condemnation of Ukrainian President Volodymyr Zelensky on Wednesday over his crackdown on political opposition. While members of both parties in Washington rail against Russian President Vladimir Putin, “it is China that is on its way to controlling the world,” Carlson claimed.

“What does the cause of liberty have to do with Ukraine?,” Carlson asked. “Well, very little. Last February the Ukrainian government shut down opposition media, then they arrested the leader of the main opposition party. Now President Zelensky has decided to combine all television stations in Ukraine into a state-owned propaganda ministry.”

“What is that?” Carlson continued. “It’s not the profile of a free country. Not even close.”

Lawmakers in both US parties have described the Ukrainian conflict as a battle for democracy itself, with the leaders of America’s allies using similar language. Before condemning Zelensky, Carlson played a clip of Republican Senator Kevin Cramer (North Dakota) declaring that the US should not put a limit on its financial assistance to Ukraine, which he claimed is fighting “back a communist intrusion for the cause of freedom.”

“He’s a communist, says Senator Cramer,” Carlson exclaimed. “You don’t have to like Vladimir Putin to see how absurd this is.”

“Is Vladimir Putin more or less communist than Joe Biden’s domestic policy? Is Putin throwing Americans in jail for attending political rallies at the Capitol? Is he sterilizing children in the name of trans liberation?”

“Whatever his many faults, Vladimir Putin is not doing any of that.”

Carlson argued that China’s economic activities in Africa and its construction of foreign military bases constitute an attempt to build a “Chinese empire.”

“It is China that is on its way to controlling the world,” he declared. 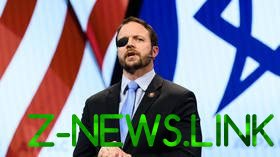 However, despite Carlson’s protestations, countering both Russia and China appears to be the goal of American foreign policy at present.

Pivoting the US’ foreign and defense policy toward China was a core goal of former President Donald Trump, and the Biden administration has largely continued this path, albeit without attempting to disengage from Russia.

Under Biden, the US has formed the AUKUS security pact with the UK and Australia and the Partners in the Blue Pacific (PBP) arrangement with Japan, Australia, New Zealand and the UK. Both alliances – AUKUS, a formal security pact, and the PBP, a more informal arrangement – are aimed at countering Chinese influence in the Indo-Pacific region.

These new alliances come on top of the 2017 reestablishment of the Quadrilateral Security Dialogue (Quad) between the US, India, Japan and Australia, which China has repeatedly derided as an attempt to build an “Asian NATO.”

Meanwhile, the NATO alliance’s most recent ‘Strategic Concept’ names China as a challenge to its “security, interests and values,” and the US’ latest National Defense Strategy lists the Pentagon’s top priorities as “the [China] challenge in the Indo-Pacific, then the Russia challenge in Europe.”