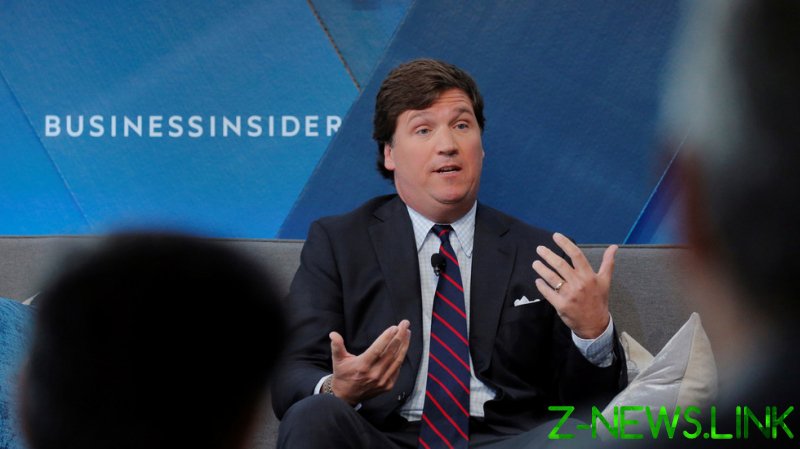 “Jeff Bezos had one of his minions, a mentally unbalanced middle-aged man called Erik Wemple, pull our dusty college yearbook and call around and see if we’d done anything naughty at the age of 19,” Carlson told viewers on Tuesday evening.

He went on to claim that “quite a few old college classmates” had reached out to him, saying Wemple, a media columnist for the Post, had contacted them and was asking about Carlson’s past.

“This is a news show, it’s not a political campaign. No one here is running for anything or plans to. On the other hand, if Jeff Bezos wants to come over to reminisce about 1987 on this show, he is always welcome, anytime,” Carlson said.

Wemple has his own history with the top-rated, but controversial Fox host, having appeared on his show in 2017. He has also written about Carlson five times already this year in his column.

Wemple did not directly comment on whether he is investigating Carlson for a piece, but the Fox News host has found plenty of controversy already this year with his opinions – and Tuesday night was no different as he blasted the guilty verdicts in the Derek Chauvin trial and abruptly ended an interview with a guest who disagreed with him.

Carlson opened his show with the suggestion that the jury could have made their decision based on fear of reprisal or violent protests breaking out if Chauvin was not convicted of murdering George Floyd.

Former New York City deputy sheriff and corrections officer Ed Gavin appeared on the show to disagree, calling the case “open and shut.” After some back and forth, Gavin called the video of Chauvin pushing his knee against Floyd’s neck “pure savagery.”

Carlson then abruptly cut him off, saying he was “worried about the rest of the country, which, thanks to police inaction, in case you haven’t noticed, is, like, boarded up. So that’s more my concern.” When Gavin tried to respond, Tucker thanked him for appearing and ended the segment saying “Nope. Done.”

Regular Carlson and Fox News critics accused the host of cutting Gavin off for having the wrong opinion, and others slammed him as “racist” for the defense of Chauvin.

“What good is a cancel culture if it can’t cancel a racist pig like Tucker Carlson?” actor Ken Olin tweeted.

“How does Tucker Carlson have any sponsors left?” the Republican-led anti-Trump group Lincoln Project added.