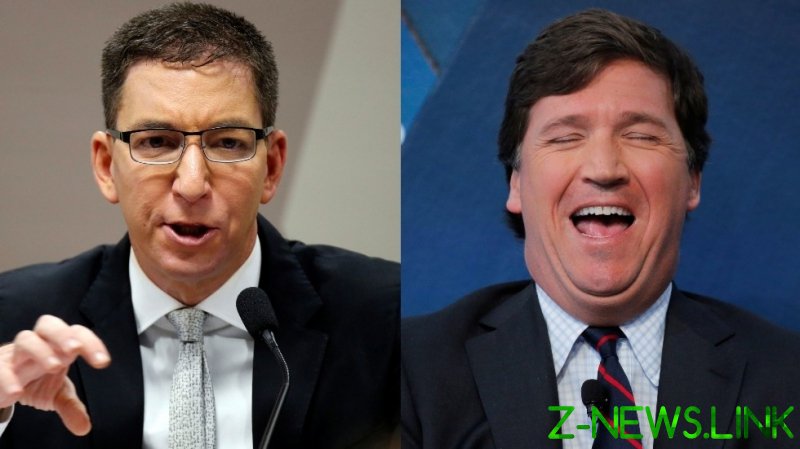 In a video interview with the Daily Caller’s Christian Datoc and Omeed Malik, Greenwald said that he would “describe a lot of people on the right as being socialists,” pointing to what President Donald Trump was saying as a candidate in 2016, or his strategist Steve Bannon, and even Daily Caller’s own co-founder.

“I consider Tucker Carlson to be a socialist,” Greenwald said, pointing to the time the Fox News host sided with prominent democratic socialist Alexandria Ocasio-Cortez (D-New York) in opposing tax breaks for Amazon.

Though true, this observation absolutely infuriated Twitter socialists, who proceeded to accuse Greenwald of being anything from a propagandist to “Nazi” apologist.

“We consider Glenn Greenwald to be a shill and Tucker Carlson a white supremacist,”declared Sleeping Giants, an activist group that has been attacking Carlson’s sponsors in attempt to get his show canceled.

The fact that the attacks on Greenwald only started appearing on Wednesday evening, after Daily Caller tweeted about the interview – which itself happened on Monday – suggest that the critics didn’t bother watching it, or even reading the teaser all the way down, where the outlet actually quotes Greenwald’s explanation of right-wing populism being a form of socialism.

“I think the vision is, you know, you have this kind of right wing populism, which really is socialism, that says we should close our borders, not allow unconstrained immigration, and then take better care of our own working class people, and not allow this kind of transnational, global, corporatist elite to take everything for themselves under the guise of neoliberalism,” said the co-founder of the Intercept, who resigned over censorship last year.

Greenwald also spoke about former Brazilian president Luiz Inácio Lula da Silva, who practiced what he called a “hybrid socialism” that believed in civil liberties and a free market. None of that seemed to matter to the critics, though.

Responding on Thursday, Greenwald accused his critics of not bothering to listen to the interview or anything he’s written on the subject, but “proudly responding to the six-word snippet that the Daily Caller social media manager fed you to get you to do what you’re doing” instead.