Home / business / Tuck said the number of Ukrainians, “convicted” in the “LC”

Tuck said the number of Ukrainians, “convicted” in the “LC” 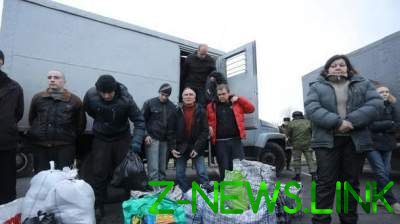 The official did not understand what court and under what laws “convicted” citizens of Ukraine in the Luhansk region.

In Luhansk region the militants of the so-called “LNR” are kept behind bars 1407 Ukrainians, “convicted” unclear courts for the incomprehensible laws.

This was stated by the Deputy Minister of the temporarily occupied territories Georgy Tuka.

“Now we will raise to the highest level questions, for example, in the Luhansk region during this time is condemned (it is not clear what court, under what law) 1407 citizens of Ukraine – inhabitants of the uncontrolled (the Ukrainian authorities – UNIAN). The grounds on which these people serve their sentences?” – he stressed.

In addition, the official stated that this issue should be discussed at the international level, because the convicts are citizens of Ukraine, but because they have to answer exclusively by Ukrainian legislation.