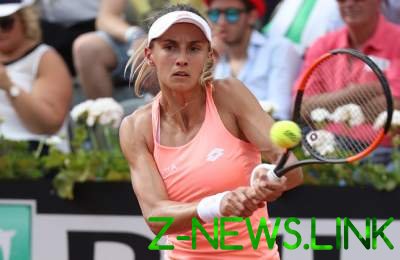 The second racket of Ukraine Lesya Tsurenko has overcome the starting barrier at a major tournament WTA Premier 5 in China.

Wuhan Tsurenko came from chetyrehmatchevaya a series of defeats that cost the Ukrainian noticeable regression in the WTA rankings. To get back to winning ways Lesya tried with the ex-sixth-ranked Carla Suarez-Navarro, who after the US Open also has not won yet.

At the start of the match, the players exchanged breaks in the sixth game, Tsurenko took the flow of the opponent, then played four break points and surely filed for Seth.

During the second game the Ukrainian battled back from 2:5, and Suarez-Navarro had three set-Bola. In the tie-break Tsurenko took seven match balls to finish the match and first victory in the last six weeks.

Next opponent Lesia Tsurenko in Wuhan will become the first racket of the world Garbinie of new York, which last week in Tokyo debuted as the leader of the WTA rankings.