Tsurenko repeated a personal record at the tournament in Cincinnati 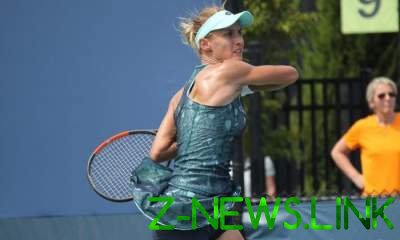 In the first round, “Western & Southern Open” Tsurenko in just 1 hour and 3 minutes, broke the 35-th racket of the world from the United States Daniel Collins. Les for the third time in
career to reach the second round of the tournament in Cincinnati.

In the second game Collins resisted until the fifth game when the score was 2:2 Tsurenko made a break and finished the match in their favor.

To update your personal record in Cincinnati Lesia, Tsurenko will try to match with two-time champion Helmets Garbine Muguruza, seeded in the tournament at the seventh number.