Tsurenko did not finish the 1/4 final match in Birmingham 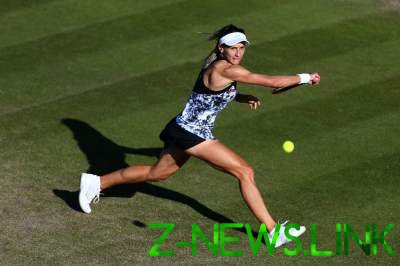 Ukrainian tennis player Lesya Tsurenko are unable to reach the semi-finals of a representative of the grass tournament in Birmingham with a prize Fund of $885,040.

For the third season semifinal Tsurenko competed with 24-th racket of the world from the Czech Republic Barbora Strycova. The only in-person meeting in 2015 in new haven the Ukrainian won in two sets (6:3, 6:0).

At the start of the match, Tsurenko lost her serve, but quickly did a back break. In the 11th game when the score was 5:5 Lesya allowed Strycova again to check in at the reception. Ukrainka without a fight is not made, giving the set only after three missed break points.

At the beginning of the second set Tsurenko after losing the game on his serve turned for help to the doctor. Ukrainian tried to continue the match, but before Wimbledon decided not to put their health at further risk.

Tsurenko in the second tournament in a row, cannot finish a match due to injury. At Roland Garros in the fourth round match against Garbine Muguruza refused to continue the fight after two played games.

An exit in a quarterfinal “Birmingham Classic” brought Lesia Tsurenko nearly 25 thousand dollars in prize money and 100 points in the WTA rankings.