Tsurenko devastating lost at the start of the tournament in Stuttgart 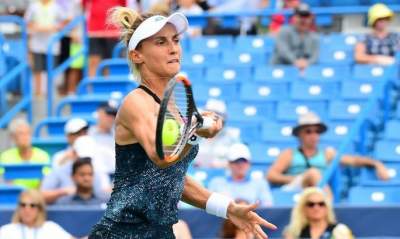 “The Porsche Tennis Grand Prix” Tsurenko started the match with 99-th racket of the world by Laura Sigemund. From Kiev tried to take revenge from rivals from Germany for the defeat in 2017, the tournament in Charleston (7:6, 2:6, 6:7).

First set Tsurenko gave up after failing in the middle of the party – Sigemund made two breaks in a row, and then in the eighth game of the fourth set bol opened the scoring in the match.

In the second game to fight against the German Tsurenko and failed. Les again gave away two games on his serve, and at the reception of not earned a single break-point.

A crushing defeat in the first round of the tournament in Stuttgart brought Lesia Tsurenko about 8 thousand dollars in prize money and only one point in the WTA rankings.

See also:  "Prodeksim" have been opponents in the elite round of the UEFA Cup