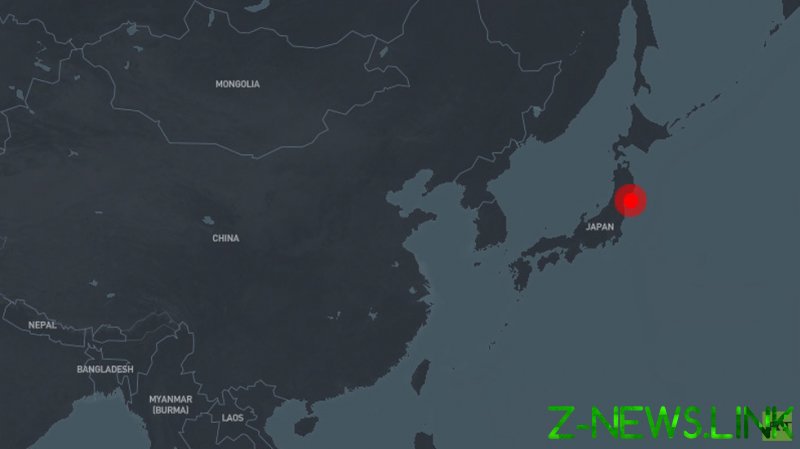 The quake struck northeastern Japan at around 6pm local time. Japan’s Meteorological Agency put the power of the quake at 7.2, saying it happened at a depth of 60km. Several weaker aftershocks followed over the next hour.

The agency issued a tsunami warning for the areas closest to the quake, saying a small wave may hit the coast between the Ibaraki Prefecture, north of Tokyo, and the northern tip of Hokkaido.

The Miyagi Prefecture has issued an evacuation order for almost 7,000 households in the coastal town of Shichigahama. Residents have been directed to move to seven local shelters.

The tsunami warning was later downgraded to a less serious level, affecting a smaller coast range.

The fire department of Ishinomaki, the city closest to the quake, said two elderly people received injuries due to the tremor. A woman in her 70s hurt her shoulder after falling onto furniture, while a man in his 80s hit his head after the quake threw him off balance at home. Neither injury is considered life-threatening.

The Tohoku Shinkansen high-speed train line, which connects Tokyo with the city of Aomori in the northern part of the Honshu island, reportedly suspended operations following the quake. Authorities also launched checks at local nuclear power plants to ensure there was no damage due to the tremor.

A similarly powerful quake occurred in Miyagi in April 2011, causing power outages and leading to the deaths of four people. Scientists said that tremor was an aftershock of the catastrophic quake from the previous month, which devastated large parts of Japan and led to the Fukushima nuclear power plant disaster.