‘Trying to keep Australians safe’: Canberra enforces and defends travel ban CRIMINALIZING return of its own citizens from India 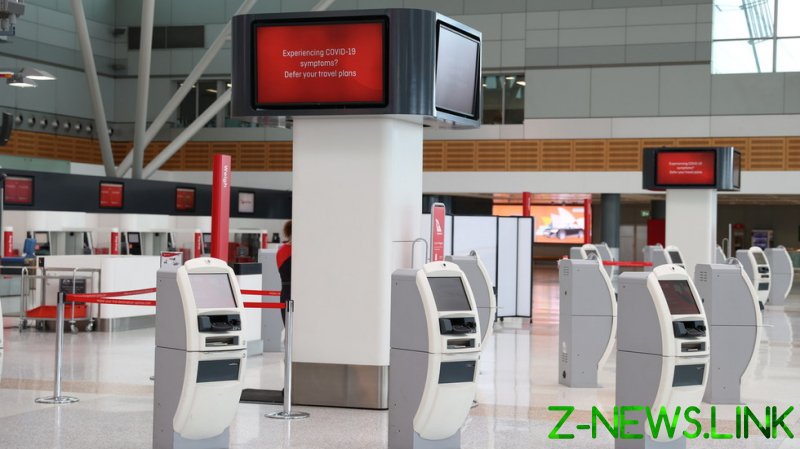 The controversial rule came into force on Monday, barring Australian citizens from returning to the country from the Covid-19 hotspot until May 15. Those who ignore the restrictions face five years behind bars and/or a fine of AUS$66,600 Australian dollars (US$51,500).

“It’s a high-risk situation in India,” Health Minister Greg Hunt said during a televised news briefing on Monday. “There has been no doubt in any of the Commonwealth advice about this measure or other measures.”

The travel ban has been supported by the country’s chief medical officer, Paul Kelly, who has admitted that the restrictions may result in the deaths of Australians who are forced to remain in India.

He set out his concerns. “These include the risk of serious illness without access to healthcare, the potential for Australians to be stranded in a transit country, and in a worst-case scenario, deaths,” Kelly said in a letter to the government on Monday. Yet the risk of importing Indian strains of the novel coronavirus into the country outweighed such concerns, he argued.

The government’s decision was met with sharp criticism from both sides of the political spectrum, with some even going so far as to allege the move was essentially “racist.” Critics pointed out that no such ban had been imposed during previous coronavirus spikes in either the UK or the US.

Prime Minister Scott Morrison has firmly rejected such accusations, stating that the government had faced similar criticism at the very beginning of the pandemic, when it opted to stop flights from China.

“This is about health. The same accusations were made … over a year ago, when we closed the borders to mainland China,” Morrison told the 2GB radio station earlier on Monday.

The travel ban is a temporary measure, Morrison stressed, explaining that the government had to “ensure we don’t get a third wave here in Australia, and that our quarantine system can remain strong.” It would be kept under continual review, and “only needs to be in place for as long as it needs to be there to keep Australians safe,” he added.

India has been heavily hit by the second wave of coronavirus recently, registering a daily increase of more than 300,000 infections for multiple days in a row. The influx of patients has overwhelmed the healthcare system, and hospitals are experiencing a shortage of oxygen and antiviral drugs as well as the numbers of beds required to treat so many critically ill patients.

Australia, in contrast, has largely kept the disease under control, registering less than 30,000 cases and only some 910 deaths since the beginning of the pandemic. The country has repeatedly imposed tight lockdowns, in response to even a handful of Covid-19 cases, and its external borders have remained tightly shut since March 2020, with thousands of its citizens remaining stranded overseas.