Home / policy / Trutnev said that before the gubernatorial elections, there was no data about the past Furgala 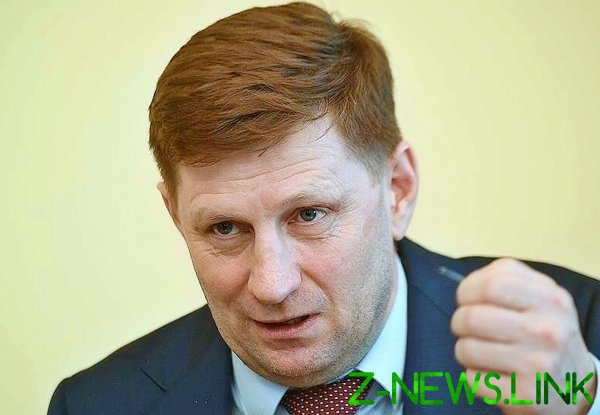 About the possible criminal past of Sergey Furgala was not known to the Governor’s election and before the election of candidates no one checks, has declared has arrived to Khabarovsk the Plenipotentiary of the President in the far East Yuri Trutnev.

“Any man, any citizen of the Russian Federation who has attained the age prescribed by law, has the right to be Governor, says – I want to be Governor. Therefore, no separate checks,” – said the envoy.

According to him, questions to Furgala arose after his election as Governor in 2018, when followed by a number of checks.

“To be honest, I think that the police would never have gone to arrest the incumbent Governor, if they were not one hundred percent iron justification. But again I say: make the decision to be a court. If the court and the President of Russia will make a decision that Sergei Furgal will no longer work with the Governor, that, accordingly, there will be elections,” – said Trutnev.

“Yes, Sergei Ivanovich voted a sufficient number of inhabitants. But there were those who did not vote, and they could not do it because he knew the facts of his biography. When a person becomes a Governor, talking about him all and all. So information has gone a lot more,” added the envoy.

Commenting on mass rallies in support of the arrested Governor, Trutnev noted that people have the right to Express their opinion on current events in Khabarovsk.

“Event of, say, hard, is not trivial, so there is some kind of reaction. Sergey Ivanovich has supported and still supports a large number of people”, – stated the official.

According to him, residents of Khabarovsk Krai have already demonstrated that they can determine their will, who want to see the Governor. He assured that this will continue, and in Moscow will respect the choice of people.

Having said that, Trutnev sharply criticized the work of the Khabarovsky Krai administration, expressing claims on various issues, from a lack of investment in the region’s economy, to the situation with coronavirus infection.

“I believe that the work of the Khabarovsk territory is organized badly, and I have every good reason to be. I have someone to compare”, – he told reporters.

Investors in the region do not go, said the Ambassador.

“Moreover, it is not just statistics, not just numbers. I realize a lot of complaints of investors that are associated with the attitude of the officials for non-payment on contracts. I take them out, – said Trutnev. – Generally for me it’s every time a signal of distress, because I believe that this administration can’t work. In Khabarovsk territory it is, unfortunately, quite often.”

July 9, Furgal was arrested, brought to Moscow under guard, and arrested Basmanny court until 9 September. In Raman said that the Governor was suspected of involvement in the assassination of businessman Alexander Smolsky and murder of two businessmen Eugenia dawns and Oleg Bulatov – in 2004-2005. Testimony on Furgala gave the other defendants in the cases of these murders.

11 and 12 July in the cities of Khabarovsk Krai held a mass rally in support of the Governor. The police estimated the number of shares in Khabarovsk in 10-12 thousand people. Trutnev arrived in Khabarovsk on July 13.

Sergey Furgal has won the 2018 Governor’s race, which moved from the liberal democratic party. In the second round he beat the incumbent head of the region, United Russia Vyacheslav Shport. The Kremlin then said that the party affiliation of heads of region is not important and that Moscow is ready to work with any Governor. However, shortly after the election, Khabarovsk lost its status as the capital of the far Eastern Federal district, this status gave the Vladivostok, and in 2019 the liberal democratic party won the elections to the regional Parliament.

Tags about before elections furgala gubernatorial there trutnev