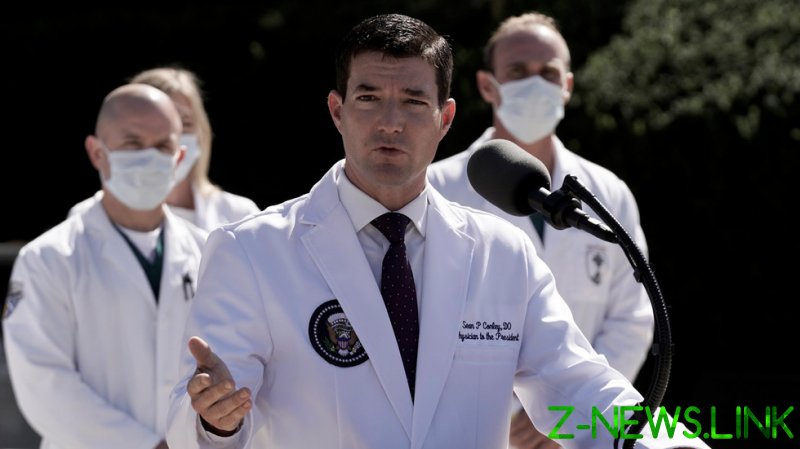 Conley added that all of the symptoms the president was previously feeling from the virus – fatigue, mild cough, nasal congestion – are all improving, however he said he remains “cautiously optimistic” as the “course of this illness” does not reveal itself until day seven through 10, which he described as “phase two” and the “inflammatory phase.”

Despite the president receiving “advanced therapy,” Conley said doctors do not yet know the course the virus will take with him as it has only been 72 hours.

Trump, 74, revealed this week that he and his wife, Melania, tested positive for Covid-19. He was flown to Walter Reed on Friday evening after experiencing symptoms at the request of Dr. Conley. Multiple other politicians and White House officials have also revealed positive tests for the virus since then.

The president has been unusually silent on Twitter as he goes through his recovery process, but he did tweet on Friday night that it is “going well, I think!”