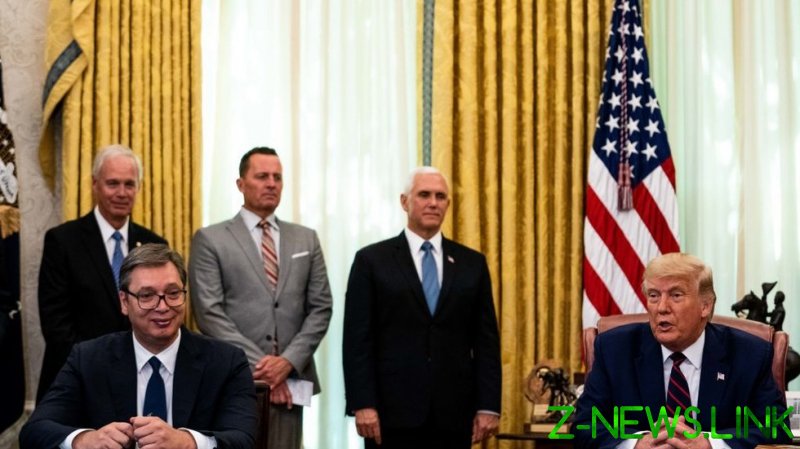 Richard Grenell, who negotiated a Kosovo-Serbia deal under the Trump administration after a turn in charge of the US intelligence community, on Sunday blamed the “reckless” prime minister in Pristina for the renewed tensions with Belgrade and slammed the State Department for enabling him.

“What’s happening in the Balkans isn’t Russia. Whoever says this to you is trying to manipulate you,” Grenell tweeted on Sunday evening. “This is about Albin Kurti trying once again to give it [to] Serbia. He is living in the past.”

Serbian military was placed on high alert and local Serbs put up roadblocks earlier in the day, after Kosovo police showed up at two administrative crossings with Serbia, intending to enforce Kurti’s decision to confiscate Serbian license plates and documents. This would have effectively cut off the remaining Serbs living in the north of the breakaway province from their relatives.

According to Grenell, this was all about Kurti “making unilateral moves to reject Serbian IDs and license plates inside Kosovo,” which he called “unnecessary.”

Describing the PM a “far left radical and experienced fascist,” Grenell further called his actions “foolish” and “reckless,” and urged Serbian leaders to “not take the bait.” 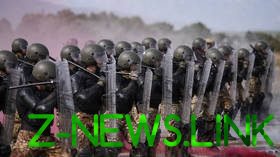 “Even the Albanians know Kurti is the problem,” Grenell tweeted. He also blamed Secretary of State Antony Blinken, who met with Kurti and Kosovo president Vjosa Osmani earlier in the week.

US President Joe Biden has “ignored the Balkans,” the envoy added, pointing out that he had negotiated multiple agreements between Kosovo and Serbia under President Donald Trump, trying to overcome the conflict through economic cooperation. Grenell also accused the EU of orchestrating war crimes charges against Kosovo President Hashim Thaci to punish him for working with Trump – resulting in Kurti and Osmani taking power.

During the Trump presidency, Grenell was the US ambassador to Germany, a special envoy for Kosovo, and the acting Director of National Intelligence (February-May 2020).

Kurti is a former student activist, whose party Self-determination (Vetevendosje) advocated independence for the breakaway province, refused all negotiations with Belgrade, and even championed unification with Albania. He had become prime minister in early 2020, but was ousted after just over a month in a no-confidence vote. He returned to power a year later, with a two-thirds majority.

In the last minutes of Sunday, Kurti’s government announced that it would “postpone” the implementations of its document policy, after a request from US ambassador in Pristina, Jeffrey Hovenier.