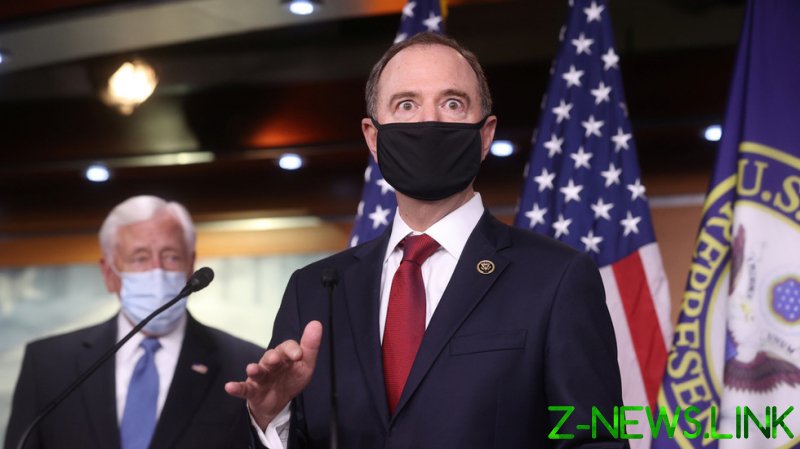 “Based on what I’ve seen, I don’t think there’s any question that it was Russia,” Schiff, who is the Chairman of the House Intelligence Committee, told MSNBC on Sunday, commenting on the hack.

The hacking operation in question targeted the SolarWinds Orion Platform, a network monitoring tool used by US government agencies and numerous corporations. There has been no evidence presented that Russia was behind the hack, but Pompeo alleged otherwise in a recent interview.

The president broke with his secretary of state on Saturday and called out “fake news media” for their anonymous reports pinning the hack on Russia. He also suggested China may have been behind the hack, tying it to his ongoing allegations of voter fraud in key swing states during November’s election.

Schiff, one of the president’s most vocal critics in the House and a supporter of evidence-free claims Russia colluded to influence the 2016 presidential election, called Trump’s tweets “uniformly destructive and deceitful and injurious” to the country’s “national security.”

In a previous tweet, Schiff called the president’s China accusation “another scandalous betrayal of our national security.”

Sen. Mitt Romney (R-Utah) also pushed back against the president on Sunday, accusing him of having a “blind spot” when it comes to Russia.

“What Russia has done is put in place a capacity to potentially cripple us in terms of our electricity, our water, our communications,” the senator told CNN’s Jake Tapper.

The Republican called for the cyber attack to be “met with a very strong response, not just rhetorical, important as that is, but also with a cyber response of like magnitude or greater.”

Similarly to 2016, the claim of a major Russian cyber attack on the US comes amid the expected transition of power at the White House – although President Trump continues his legal efforts disputing the election result over the alleged mass-scale voter fraud. When Trump assumed his post in January 2017, the stage had already been set for the worsening of relations with Moscow, which included dozens of Russian diplomats getting expelled by the Obama administration over the allegations of meddling in US affairs and over “hacking” of the election. As Trump’s term progressed, overshadowed by the failed ‘Russiagate’ investigation, initial hopes of a detente with Moscow have all but faded.