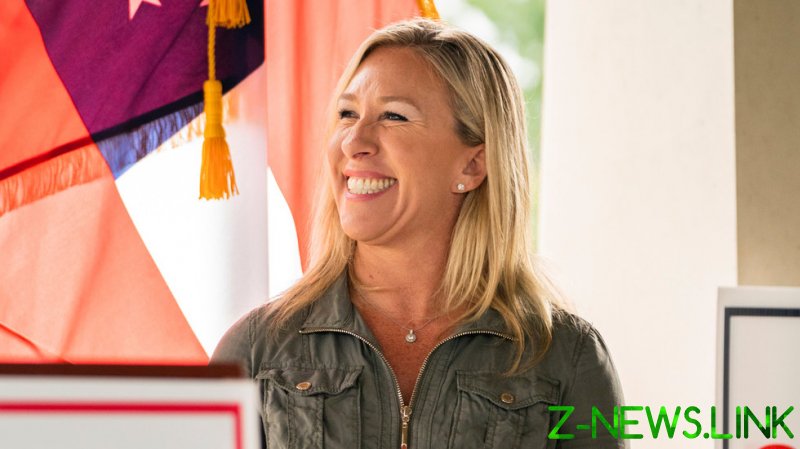 Who is Representative Marjorie Taylor Greene (R-Georgia)? She’s the latest political flavor of the week, but for the wrong reasons. Arguably, she’s the radical right’s “answer” to Rep. Alexandria Ocasio-Cortez (D-New York). A fresh face in the US Congress with a burning enthusiasm and an unconventional personality, but not in the right way. The newly elected congresswoman for Georgia might charitably be described as a crackpot. She thinks 9/11 is a hoax, that school shootings were staged, that the Clintons assassinated JFK Jr., that “Jewish space lazers” caused fires in California and that the Covid-19 pandemic is also fraudulent.

Despite being a Republican, she has clashed with Senate Minority Leader Mitch McConnell (R-Kentucky) who described her views as a cancer on the GOP. It has been argued that McConnell’s strong condemnation of this “Trumpian” movement is definitive proof that “American Exceptionalism” is not dead. Or at least that is the argument made in an op-ed in the South China Morning Post by its North American bureau chief, Robert Delaney. He suggests that the reality of Donald Trump’s impact is “less drastic” than it has been made out to be, that the former president’s brand of politics is marginal and has no direction. He argues that “If you’re betting on the demise of America, the odds are longer than you think.”

This leads me to ask two questions. Firstly, in which cave Mr. Delaney has been living in for the past four years? And, secondly, where is America heading? To play down the divisive and destructive impact of Trumpism on American domestic politics is staggering, but to assume that its future is a mere talking shop of rhetoric without any serious policies or direction is madness.

The emergence of Taylor Greene is not an anomaly, it is a continuation of a worrying trend blighting America’s political system which sees it increasingly losing legitimacy amongst segments of the population. Like the former president, this kind of politics is not going to be simply wished away by idealistic condemnation, it is here to stay, and those within the GOP elite have no tools to deal with it.

It has been the hope of the liberal media, as well as the “moderate” conservatives within the GOP, that the legacy of Trump was simply a freak of nature, a mistake which will vanish by itself. Then, once it does, the zeal of their ‘American values’ will vanquish the challenge to the system he once posed. But the focus on Trump the figure is a distraction, because the phenomenon he created is far more than just him. It is not so much about a man as it is a sentiment, a new form of identity politics born in the crucible of modern America, a product of its economic and social failures, with a yearning to reshape the country in a way which reflects the insecurity of certain aspects of this identity.

As a result, the end of his presidency does not make this go away. Trump has changed the game; he has created a new normal. The Delaney op-ed says his influence is overplayed, but this risks overlooking the fact he has entrenched enormous cynicism and outright rejection of the mainstream media, pushed conspiracy-led thinking as a mainstream force, ended an era of free trade advocacy in favour of economic nationalism, massively deepened identity conflicts within the country, and, with the election, made it fair game to attack the system itself. This isn’t mere rhetoric; this is a realignment of how a country thinks and behaves and has had catastrophic consequences.

And it’s not going away. Greene illustrates that among the GOP freshmen in Congress, there is a whole new generation of Trumpists desperate to amplify his legacy. It matters not that ‘elite’ Republicans disavow them, because they have no actual means to deal with them. Let’s take McConnell, for example. This man talks the talk, but he does not walk the walk. He fears reprisals from his party’s new base so much that he pays lip service to things but does not act in practice. For example, he condemned the Trump-inspired siege on the Capitol, but what did he actually do? He kicked the can of the impeachment trial down the road until after Trump’s term finished, wherein, with less pressure, he will inevitably be acquitted. If moderates frame people such as him as the “resistance” to Trump and his ilk, this doesn’t deserve to be taken seriously.

Given this, the Biden administration will face dramatic new challenges as it operates in the hyper-partisan and post-truth environment Trump has created, as a result the mantra of American exceptionalism will never be the same. For Beijing, this is good news. The likes of Taylor Green are a gift to Chinese President Xi Jinping, as she allows him to portray China as a bastion of stability, in contrast to a chaotic United States, still haunted by the divisive legacy of Trump. In reality, the real complications of this movement have only just begun, and thus America’s ability to shape and lead the world will never be the same again.