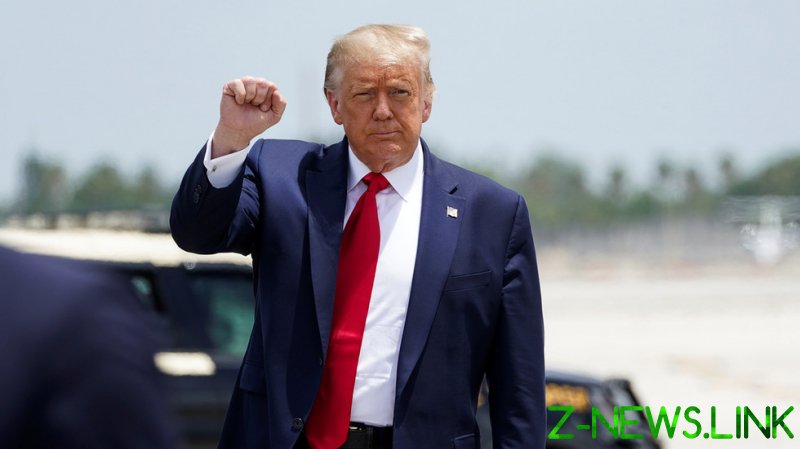 “Sleepy Joe Biden has spent 47 years in politics being terrible to Hispanics,” Donald Trump tweeted on Sunday. “Now he is relying on Castro lover Bernie Sanders to help him out. That won’t work! Remember, Miami Cubans gave me the highly honored Bay of Pigs Award for all I have done for our great Cuban Population!”

Trump’s tweet was likely intended to persuade Hispanic voters in the swing state of Florida – many of them Cuban dissidents and their families who fled Fidel Castro’s rule. Polling in Florida currently shows Trump neck and neck with Joe Biden, at 46 percent to 48 respectively. Nationwide, a Fox News poll released on Sunday has 41 percent of Hispanic voters backing Trump – up from 29 percent in 2016.

However, not only is the ‘Bay of Pigs Award’ not “highly honored,” it doesn’t actually exist. Commenters joked on Twitter that Trump must have gotten trolled into tweeting out the fake accolade.

Be that as it may, Trump did receive an endorsement in 2016 from veterans of the Bay of Pigs invasion, a 1961 CIA-orchestrated scheme that saw Cuban exiles attempt to liberate the island nation from Castro and crush his newly-installed communist government. Veterans of the doomed invasion endorsed Trump’s 2016 campaign when the Republican candidate paid their Miami museum a visit that October.

The surviving members of Brigade 2056 had never officially endorsed a presidential candidate before, meaning that while Trump did not go home with a physical award, he could at least count the veterans’ backing as historic.