Home / WORLD / Trump won, regardless of the election outcome… because Trumpism is here to stay

Trump won, regardless of the election outcome… because Trumpism is here to stay 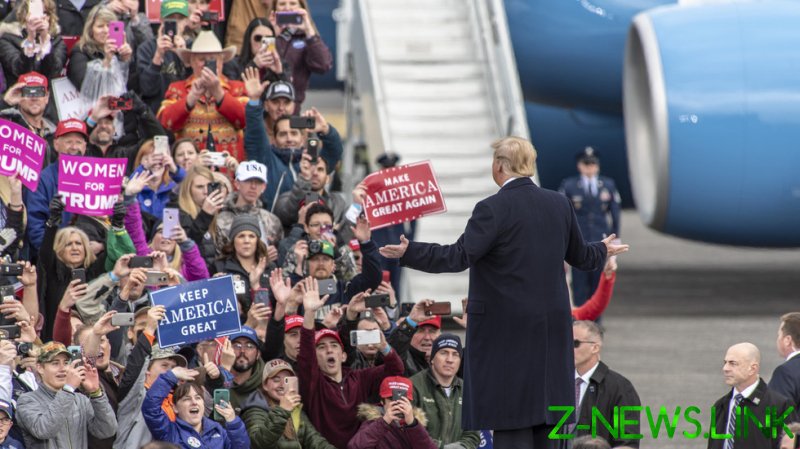 As the fate of the US presidential election hangs in the balance pending resolution of multiple voter-fraud lawsuits, President Donald Trump has already won – no matter who takes the White House.

Trump’s enduring legacy is the populist, nationalist movement he ignited in 2016. This coalition is growing by the day – both in the US and abroad – and will continue to expand, long after he leaves office.

Why? Because “nothing is more powerful than an idea whose time has come,” as French author Victor Hugo eloquently noted.

That idea is populist nationalism. The mainstream media (which is predominantly left-wing) has rabidly attacked nationalism and populism as “racist.” In reality, there is nothing racist about being proud of who you are and where you come from. This is why Trump supporters enthusiastically wave American flags at their gatherings, which are celebrations of their country.

Similarly, countless patriots in other countries support Trump because as the US president, he boldly declared that it’s OK to be proud of your nation.

Being a patriot does not mean you don’t like other countries. It means you respect the sovereignty of each nation and acknowledge that they have as much right to be proud of who they are as you do for who you are.

For decades, Western nations were taught to be ashamed of their histories, claiming they were “racist.” In contrast, such self-hatred was not espoused in the Middle East, Asia or Africa, even though those regions arguably have more blatant histories of overt racism.

President Trump was voted into office in 2016 by a movement that championed everyday Americans – not the snobby, elitist groupthink embraced by the Washington swamp and Hollywood celebrities.

Trump supporters were disgusted at America’s decades-long submission to a globalist agenda that taught that all white people are racist, all people of color are helpless victims and everyone should depend on the government to solve their problems.

The media breathlessly blamed Trump for the BLM race riots that erupted across the US this summer, as if they happened because he was president. In reality, this racial division was brewing for decades; Trump was merely the catalyst that exposed the volcanic fury bubbling below the surface.

The media have championed Black Lives Matter’s destructive riots while deriding white people as racists if they dared to question BLM’s Marxist agenda.

Swain noted that “white nationalism” is different from “white supremacy,” even though the left and their media lapdogs intentionally conflate the two movements.

“I distinguish it from white supremacy because the people who were involved [in the white nationalism movement] were more intellectual,” said Swain, a graduate of Yale Law School.

She continued, “They were not espousing racial violence or using epithets, but they had grievances. They felt that white people’s rights were being trampled on and no one was speaking up or listening to their grievances.”

Swain said the white nationalism movement mushroomed, because whites were being marginalized and disenfranchised after decades of affirmative action and other government programs designed to benefit minorities.

The media and academia exacerbated the situation by constantly browbeating all white people as racist and claiming they have no right to complain about anything because they have ‘white privilege.’ But look around you: There are plenty of poor, underprivileged whites.

White nationalism is becoming heightened since whites will soon no longer be the majority race in the US. It makes you wonder: Once whites become a minority, will society allow them to constantly whine and demand preferential treatment?

But this is a narrative you’ll struggle to hear amid the cacophony of anti-Trump noise we are constantly subjected to. It’s also why these very real changes in America’s political landscape, all influenced by Trump, will be underplayed.

Bearing these in mind, it’s hard to argue that Trump truly lost – even though the election may eventually say otherwise.