Home / WORLD / Trump will surely use his Covid for election advantage, it also opens door for unthinkable… such as breakthrough on New START

Trump will surely use his Covid for election advantage, it also opens door for unthinkable… such as breakthrough on New START 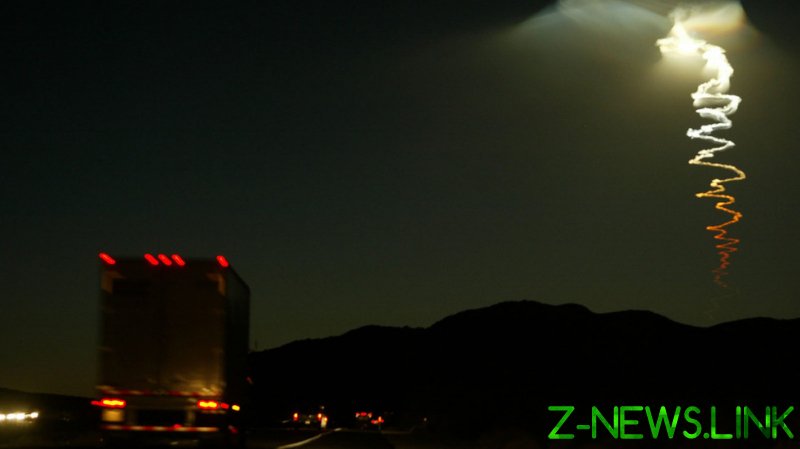 In a unique case of diplomacy by interview, President Trump’s special adviser for arms control, the Russian deputy foreign minister, and the US ambassador to Russia have moved the needle slightly in the direction of a negotiated extension of the New START treaty prior to its expiration in February 2021.

Marshall Billingslea, Trump’s arms control Czar, gave an interview to a Russian magazine, Kommersant, where it outlined what appeared to be patently unacceptable demands on Russia if a treaty extension were to be possible. “If Russia does not accept our offer before the elections, the entry price will go up,” Billingslea told Kommersant.

This was followed by the Russian Deputy Foreign Minister Sergey Rybakov’s interview with the Wall Street Journal where he rejected out of hand the US demands. “We are not going to buy this extension of the New START at any price, especially not at the price which the US wants us to pay,” Rybakov said. “I think our positions are currently very far apart.”

Faced with this setback, the US Ambassador John Sullivan spoke with Russian news agency Interfax  and appeared to leave the door open for some sort of deal before the last remaining arms control treaty between the US and Russia expired. While noting that it “is up to Russia to decide if it wants New START extended,” Sullivan indicated that he thought the two nations “should be able to come to an agreement” prior to the February 5, 2021 expiration date of the treaty.

Sullivan emphasized that there appeared to be some common ground that could be built on, namely the US insistence that any extension would be for less than the five years called upon in the treaty, and the Russian insistence that an extension must be for more than one year. “I think that it’s fair to say that there is room for negotiation on the length of any extension,” Sullivan said.

Under normal circumstances, most observers of US-Russian arms control would remain highly skeptical of there being any chance for the kind of breakthrough on the issues of substance that continue to separate the US and Russia, even if common ground could be found regarding the length of any extension. The Russian insistence that US tactical nuclear weapons in Europe, and the US position that Russia’s own considerable tactical nuclear arsenal be considered as part of any new agreement are in and of themselves showstoppers.

But these are not normal circumstances. The US is in the midst of its four-year “silly season” cycle that accompanies a presidential election, where everyone is on the lookout for some sort of ‘October surprise’ designed to sway the American electorate one way or another. Most pundits believed, given the topicality of the ongoing Covid-19 emergency, and President Trump’s perceived vulnerability regarding his seemingly lackluster performance in responding to the pandemic, this would take the form of a pre-election announcement regarding the release of a vaccine. Indeed, the president alluded to such during the first presidential debate with Joe Biden.

While the sudden announcement that President Trump, his wife, and at least one close adviser have tested positive for the Covid-19 virus has done little to reduce the domestic focus of that disease, it does dramatically alter the playing field that the president can operate on in the month leading up to the November 3 election. First and foremost, the likelihood of any more presidential debates taking place has been significantly reduced. Second, the issue of a potential “cure” has been supplanted by the president’s own battle with the disease.

While the Covid-19 issue does not, at first blush, appear to be a winner for President Trump, recent history suggests that his being stricken by the virus could lead to a surge in popularity as Americans rally around the flag in sympathy. Indeed, the British Prime Minister Boris Johnson saw a 61% surge in public approval in the month after he came down with the virus, despite widespread criticism about his handling of the pandemic prior to his being diagnosed as positive for Covid-19.

While the divisiveness of American politics all but precludes the possibility of such a large boost in Trump’s popularity, given the tightness of the race – especially in critical swing states – the needle need only move a fraction to have a decisive impact. Moreover, given the president’s singular focus on being re-elected, the possibility that he would seek to use his illness to his advantage by engaging in acts that appear to be “presidential” in nature, opens the door for hitherto fore unthinkable possibilities – such as a breakthrough regarding New START.

Both the US and Russia understand the dire consequences of having the New START treaty expire. While both sides appear to have deeply entrenched themselves in fundamentally irreconcilable positions, the fact that the issue of the length of a treaty extension is on the table opens the door for additional acts of mutual compromise that may very well breathe new life into a treaty most had given up for dead. And, given Trump’s need for a new electoral “hook” that conforms with the new political reality surrounding his illness, the possibility of an ‘October surprise’ in the form of an arms control agreement that is widely seen as benefiting US national security interests may be the best opportunity for a sick president to appear presidential at a critical time in his bid for re-election.