Home / WORLD / Trump will return to social media with OWN platform ‘in two or three months’, says adviser

Trump will return to social media with OWN platform ‘in two or three months’, says adviser 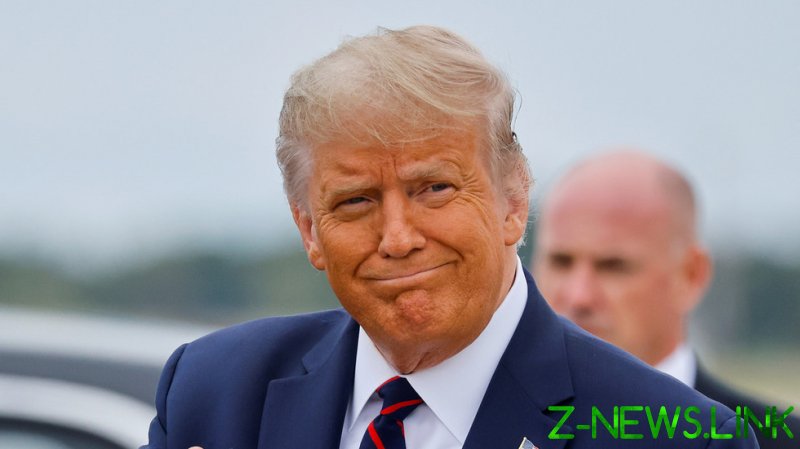 Miller announced the project to Fox News on Sunday, saying that Trump’s platform would be ready for launch in “two or three months.”

Trump was banned from his platform of choice, Twitter, in January. After a crowd of his supporters stormed the US Capitol to protest the certification of President Joe Biden’s election victory, Twitter accused Trump of “inciting violence” and permanently removed him from the platform. Every major social media platform soon followed.

Throughout his 2016 campaign and his presidency, Trump used Twitter as a megaphone, bypassing the press to tweet his unfiltered thoughts to his 89 million followers. Since being banned, Trump has kept a low profile, commenting on politics via lengthy written statements to his supporters and the media rather than his trademark 280-character outbursts.

Trump has not ruled out another shot at the White House in 2024. Should he attempt a comeback, a presence on social media will likely be crucial to this effort. However, he has not set up an account on Parler or Gab, Twitter’s free-speech-focused alternatives. Gab has set aside an account for Trump, but the platform has been accused of hosting extremist content and was recently targeted by hackers, while Parler is only recently back online after its web hosting was pulled by Amazon. As such, neither platform has proven itself a viable and stable competitor to Twitter yet.

Rumors have circulated since January that Trump may launch his own social media platform. “I believe the best avenue for POTUS is to use his own app to speak to his followers,” former campaign manager Brad Parscale told reporters at the time, while Miller told Sky News Australia a month later that there was a “very good chance” that Trump would go this route.

“This is something that I think will be the hottest ticket in social media,” Miller told Fox News on Sunday, predicting that the platform would draw tens of millions of users.

However, critics have predicted that any Trump-created platform would become a conservative echo-chamber, where Trump could reach dedicated supporters and the media, but not the average American, who he could speak to via a mainstream platform like Twitter.

“Twitter gave him access to every reporter in the country and the ability to troll the libs and get on cable news within minutes,” communications consultant Nu Wexler told the Washington Post in January. “I don’t think he would get that on his own social network. It would be an echo chamber of just his supporters.”