Home / WORLD / Trump ‘will go to the dustbin of history’: Iran’s Rouhani sends harsh farewell message to outgoing US president

Trump ‘will go to the dustbin of history’: Iran’s Rouhani sends harsh farewell message to outgoing US president 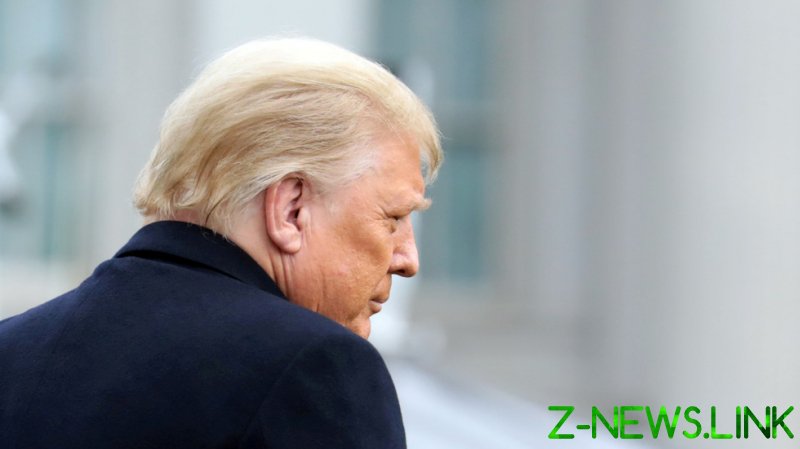 Speaking during a cabinet meeting on Wednesday, Rouhani harshly criticized his US counterpart, focusing on the assassination of General Qassem Soleimani, ordered personally by Trump at the beginning of 2020.

The assassination has greatly backfired for Trump, not only dealing great damage to the US position in the Middle East region, but ultimately becoming a factor in his political downfall, Rouhani argued.

Iran’s leader didn’t hold back while criticizing Trump, calling him a “criminal” whose life was about to “end”, apparently referring, however, more to the US president’s political career rather than his physical existence.

General Soleimani, commander of the Quds force within Iran’s elite Islamic Revolutionary Guard Corps (IRGC), was killed on January 3 outside Baghdad International Airport by a US drone strike, as he was traveling in a car alongside high-ranking Iraqi military officials, including Iraqi paramilitary chief Abu Mahdi al-Muhandis. The assassination has been widely cheered by Trump, who called Soleimani a “monster” allegedly responsible for the deaths of hundreds of Americans.

The killing prompted a furious reaction from Tehran, that went as far as launching missile strikes on several military installations across Iraq, that housed troops of the US-led coalition. While US authorities, including Trump, have tried hard to downplay the impact of the attacks, dismissing them as a vanity show of force, it emerged later that dozens of soldiers received “traumatic brain injuries” during the strikes.

The assassination, however, has not only angered Iran, but was widely perceived as an insult and a breach of allied obligations in Iraq. The killing prompted the Iraqi parliament to show rare unity and pass a non-binding resolution urging the full withdrawal of all foreign troops from the country – primarily, those of the US and its coalition allies.

Soleimani’s murder also triggered a chain of attacks on US installations across Iraq, military and diplomatic alike. The repeated shelling of the facilities prompted Washington to abandon several military bases, returning full control of them to the Iraqi government. The constant threat of attacks has also prompted Washington to install additional defenses at its already heavily fortified embassy in Baghdad’s Green Zone.

The defenses were put through test earlier this month, when the embassy came under a new barrage of rockets. Multiple videos from the scene showed rapid fire guns engaging the incoming targets.