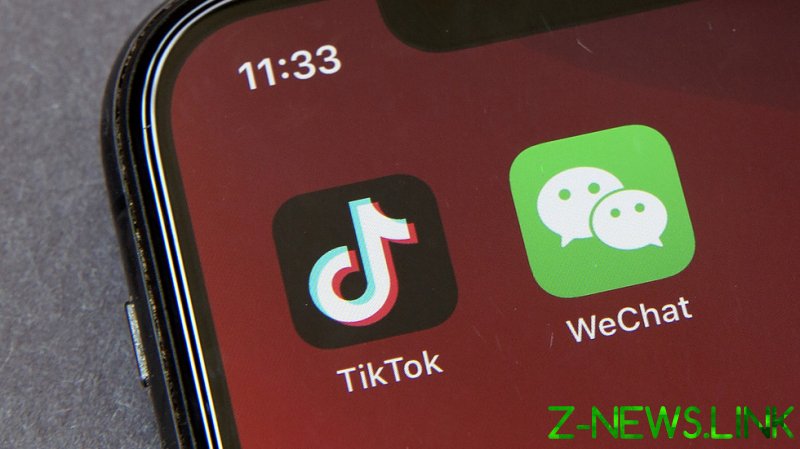 The US will not force current American users to stop using the apps, but would instead prevent them from installing updates, Reuters reported.

Washington will also order Apple, Google and other firms to make the apps unavailable on their platforms within the United States. However, the commerce department will not prevent these companies from offering the Chinese apps to users outside the US.

Commerce Secretary Wilbur Ross said in a statement on Friday that the bans would “guarantee our national security and protect Americans from the threats of the Chinese Communist Party.” He claimed that the Chinese-owned apps “collect vast swaths of data from users” and “are subject to mandatory cooperation with the intelligence services of the CCP.”

The prohibitions against TikTok could be lifted if “national security concerns” are resolved by November 12, the statement added.

In an executive order from August, US Donald Trump gave parent company ByteDance until September 20 to sell TikTok’s US operations or face a nationwide ban. In response, ByteDance sued the US government last month over the proposed ban, arguing that Washington had failed to provide compelling evidence that TikTok posed a national security threat.

The company has repeatedly stressed that US user data is stored domestically, with a backup in Singapore, and that it has no ties to the Chinese government. For its part, Beijing has strenuously denied any nefarious relationship with the apps, slamming the proposed ban as a way to prevent Chinese firms from competing in US markets.

According to reports, ByteDance has tentatively agreed to work with its US partner, Oracle, in order to keep operations running in the United States. However, Trump has yet to sign off on the deal. An earlier bid by Microsoft to acquire TikTok’s US assets was rejected by ByteDance.