Home / business / Trump: who Iran is against us!

Trump: who Iran is against us! 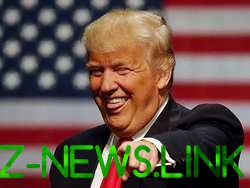 The current us President consistently holds the title of best female twittershare. This time in his microblog trump ran into Iran, and along the way he wagged his finger around the world:

“Sanctions against Iran was officially introduced. This is the most stringent sanctions ever imposed, and in November they go up another level. Anyone who does business with Iran will not be doing business with the United States. I pray for peace in the world, no less!”

So neither more nor less trump takes care of the world by the very same world.

It looks like the famous joke of Mikhail Zhvanetsky

“She said to him:

– Put yourself in my position…

And what’s interesting. Imposing sanctions against Iran, trump actually includes sanctions against its main adversaries — China, Russia and countries close to them. Against the countries of the Eurasian economic Union, which last year included preferential treatment to Iran, by signing the recent agreement on the establishment of a free trade zone. Against the BRICS countries, where Iran is one of the first potential member of the organization.

See also:  In Crimea, released the detained son of the head of the Mejlis of Sudak

It is possible to continue this chain, but the given examples enough to understand that trump intends sanctions against Iran are hitting not only (and maybe not so much) on Iran, and all those with whom the US is now in a state of trade war. So here it is — a sly Fox.