Home / WORLD / Trump was spied on, so why not Tucker? There is no room for dissent in Our Democracy

Trump was spied on, so why not Tucker? There is no room for dissent in Our Democracy 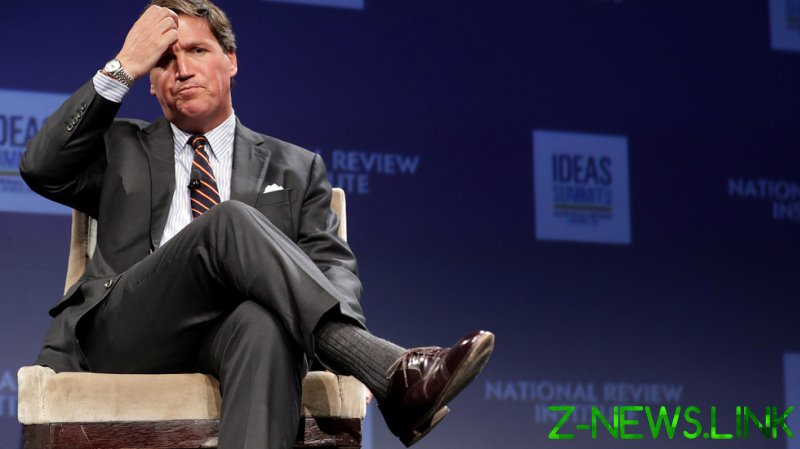 Wednesday’s revelation – in the Washington political gossip outlet Axios – that Carlson was emailing “Kremlin intermediaries” in order to set up an interview with Russian President Vladimir Putin indirectly confirmed his claim that the National Security Agency (NSA) had read his emails and was leaking them to the press.

The same people who initially outright dismissed the notion and cited the NSA non-denial of Carlson’s claims are now in the process of regrouping to argue that sure, OK, the spying happened but it was legitimate – because Russia! Hardly surprising, given that they spent the past several years promoting the Russiagate conspiracy theory.

This is the position of Democrats and their allies in the nominally Republican camp – the Mitt Romney, Liz Cheney, Lincoln Project crowd. Most Republicans, meanwhile, are outraged and pointing out that spying on Carlson is unconstitutional and an attack on press freedom. They’re correct. They’re also missing the point.

Press freedom and constitutional constraints are quaint relics of the old republic, which has been taken over by something called Our Democracy, gradually and then suddenly over the course of the past year. This new regime cares less about what is being done, and more about who is doing it to whom. Those designated as virtuous can do no wrong, and those designated as villains can do no right. Uneven application of the law in the name of “equity” and social justice is a feature in Our Democracy, not a bug.

Most importantly, Our Democracy is built on narratives, which override observable reality. One dares to notice that – much less point out – at own risk.

Which brings us to Carlson. The formerly bowtie-sporting establishment conservative got his start in the now-defunct (and unlamented) Weekly Standard in the 1990s. He spent the aughts hosting shows on CNN and MSNBC, and founded the Daily Caller in 2010. It wasn’t until 2015 that his current show, Tucker Carlson Tonight, began airing on Fox.

Since then, he has become the undisputed ratings king of primetime cable TV, the most-watched evening opinion host in America. But while his follow-on colleague Sean Hannity has featured a lineup of Republican politicians – and Trump himself on more than one occasion – Carlson ditched the bowtie and turned to ordinary Americans.

Circumstantial evidence suggested that Trump paid attention to Carlson, and the host’s strong opposition on certain issues – the 2018 strikes against Syria, for example – has reportedly served to anchor the White House from drifting too far into neoconservative waters. He also emerged as one of the leading critics of coronavirus lockdowns, featuring as guests a number of small business owners who were ruined by them.

In other words, Carlson was doing what the media are supposed to do in a republic – be watchdogs who bring attention to political issues, thereby keeping the authorities in check. That, however, is not the media’s job in Our Democracy, where they serve as guard dogs of the regime instead. People who appeared on his show ended up being even more viciously persecuted by Democrat governors, as an example to others. It was only a matter of time before it would be Carlson’s own turn.

Which brings us to the present day, and the revelation that the NSA spied on Carlson’s emails. The details of how aren’t yet clear. It could have been through a FISA warrant, the way the FBI spied on Trump’s campaign and the first year of presidency, falsely claiming Carter Page was a “Russian agent” and citing the fraudulent, Democrat-funded Steele Dossier as evidence. Or it could have been through incidental spying on a foreign citizen he was emailing, but with Carlson’s name illegally “unmasked” and leaked to the press – the same way Trump’s first national security adviser Michael Flynn was set up in early 2017.

To borrow a phrase from Hillary Clinton, what difference at this point does it make? Only one of the people involved in ‘Spygate’ was ever punished for it – with a slap on the wrist, no less – while the rest went on to become heroes of the Resistance. Ditto with the railroading of Flynn. Having successfully spied on and sabotaged an existing president, why wouldn’t they go after a cable TV host?

Moreover, Americans who get their news from CNN or MSNBC don’t know about any of this, and think these are Republican conspiracy theories – unlike the Russiagate fantasy that Trump was a Kremlin agent and Russia somehow “hacked our democracy” in 2016, which they believe is 100% real.

Carlson’s ratings and popularity have enabled him to resist many attempts at cancellation over the years, from activists brigading his advertisers to the ADL outright misrepresenting his words. His censorious competition at CNN has tried to compare Carlson to Alex Jones, whom they led the charge in deplatforming back in 2018, and even Trump himself. Clownish as all that sounded, with the involvement of the Biden administration and its spy agencies it now becomes ominous.

Whether the objective is to intimidate Fox into canceling Carlson, or pressure him to renounce himself and bend the knee, the media-political complex behind Our Democracy is counting on getting away with it. After all, they’ve done it before.