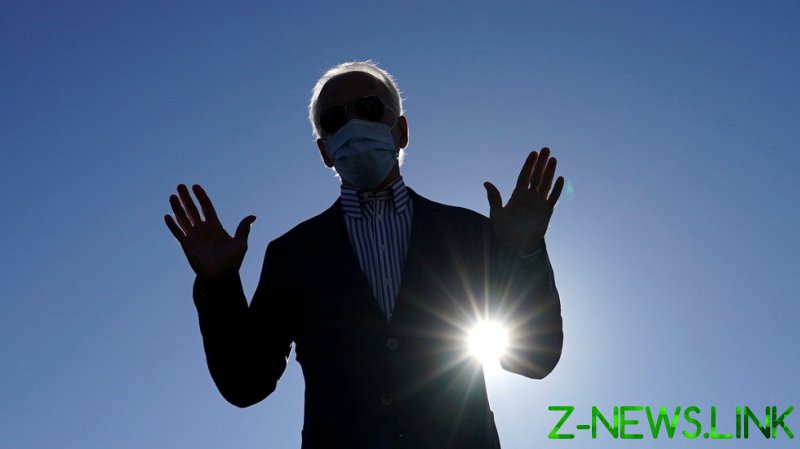 With former Vice President Joe Biden now having been confirmed as the winner of the 2020 election, many are wondering what comes next. Not much is likely to happen for probably the next four years in terms of major legislation. But there are some changes that could happen, especially in terms of foreign policy, where the American president has the most unchecked power.

Some have postulated that “nothing will change” in terms of policy between Biden and current President Donald Trump and others actually believe it could be worse. According to those in the latter camp, Biden, or at least those who will be in his administration, will be more dangerous because they actually know what they’re doing. I disagree.

The United States under the administration of President Barack Obama inevitably understood that the country’s capabilities were being stretched and if it could not focus on one particular issue, it would wear itself thin and potentially lose on every front. Instead, pragmatic decisions had to be made in order to maintain US global hegemony, which was evident during Obama’s foreign policy focus shift from the Middle East to East Asia.

Seizing on the US shale oil and natural gas boom that began in 2008 thanks to developments in hydraulic fracturing (fracking), right when Obama was on his way to the White House, the administration took the opportunity to spring the US on a path to being a net exporter of energy, which happened in 2019 and is often wrongly credited to Donald Trump.

According to Obama himself, his administration opened public lands for drilling even more than President George W. Bush. “The natural gas boom has led to cleaner power, and greater energy independence….Natural gas isn’t just appearing magically…. We’re encouraging it and working with the industry,” Obama said during the second presidential debate in 2012.

The International Energy Agency (IEA) anticipated in 2019, as a result of Obama’s policies, that the US could become the largest liquefied natural gas (LNG) exporter within the next five years, leading the way in the global “dash to gas.” It was also Obama that signed into law the end to the US ban on crude exports in 2015 in a Republican-backed omnibus spending bill.

This strategic move achieved several things, but the most significant in terms of geopolitics were as follows:

First, it caused a wave of economic crises for America’s adversaries. A falling demand in oil resulting from the US’ global push toward LNG, coupled with the US ramping up its own oil production, was one of the major catalysts for the Russian financial crisis of 2014-2017, sparked by a sharp decline in oil prices. It was also a major reason for the Venezuelan recession of 2014 that tumbled into the current crisis, with the help of US sanctions of course.

Second, and most importantly, it allowed the US to largely end its military adventurism in the Middle East and focus elsewhere. There is little doubt that the Iraq of 2003-2011 was an oil war, but it was America’s not-so-far-off energy independence ambitions that allowed for a formal end to the war. Had it also not been for American independence from foreign energy, the US may have also pursued regime change in Syria more enthusiastically.

To be sure, it was Russia’s intervention in Syria in 2015 that sealed the deal, proving that the US did not have the omniscient capability to launch attacks anywhere, anytime without impunity – especially now in the Middle East. But it was ramped up domestic energy production that allowed this to not be a total loss for Washington and thus acceptable.

The Pivot to East Asia

Instead of engaging in the Middle East quagmire, the Obama administration turned eastward and in 2012 launched its “Pivot to East Asia” strategy in order to contain a quickly rising China. Former Secretary of State Hillary Clinton wrote in a 2011 feature for Foreign Policy titled “America’s Pacific Century” that America’s pivot point for world leadership “will be decided in Asia, not Afghanistan or Iraq, and the United States will be right at the center of the action.” (Afghanistan and Iraq are in Asia, by the way…)

She wrote, “As the war in Iraq winds down and America begins to withdraw its forces from Afghanistan, the United States stands at a pivot point. Over the last 10 years, we have allocated immense resources to those two theaters. In the next 10 years, we need to be smart and systematic about where we invest time and energy, so that we put ourselves in the best position to sustain our leadership, secure our interests, and advance our values.”

The reason that a “smart and systematic” approach was (and is) needed is because America’s preeminence has fallen, it has succumbed to natural imperial decline due to the internal contradictions of its socioeconomic system. The prevailing Washington consensus of politics and economics, one that stresses the total plundering of the state and public institutions in favor of enriching corporations, is one that was always destined for failure. America’s infrastructure languishes in decay, its ability to adequately educate new generations dwindles and it finds itself less able to compete.

In order to crudely salvage this situation, instead of working toward addressing these contradictions, the US sought to weaken and divide China in order to continue its military and political leverage in East Asia. They hoped to accomplish this by ramping up military, economic and political ties with countries adjacent to China.

One example of this plan to isolate China was the Trans-Pacific Partnership (TPP), which sought to draw in China’s neighbours closer to the US and blunt China’s economic leverage. Purely speaking in terms of geopolitics, it was a brilliant play that would allow the US to open new avenues in setting the rules for international trade. Obama argued at the time that “if we don’t pass this agreement – if America doesn’t write those rules–then countries like China will.”

Just days after taking office in 2017, newly elected US President Donald Trump withdrew from the TPP in what was seen as a win for American workers but was undoubtedly an unwise strategy if containing China, which he made clear was a goal of his administration, was a priority. Just a few weeks later, former Japanese Prime Minister Shinzo Abe met Trump in Mar-a-Lago to discuss East Asian security, apparently pleading to Trump to backstep on the TPP withdrawal but to no avail.

To be sure, Trump has been aggressive against China, but this aggression has been confused, desperate and, when coupled with his administration’s attacks on multilateral institutions, only weakened Washington’s standing globally.

Some on the outside see this as the advantage of Trump – his administration never understood America’s dwindling capabilities and that made him somehow less dangerous. Trump tried to “Make America Great Again” with the assumption that America has the same full-spectrum dominance capabilities of Bush I until Bush II, but found out that this wasn’t the case and ended up with no regime changes. It wasn’t because his administration didn’t want to – we know they did – but because he overestimated American dominance.

That is to say that Trump’s administration bit off far more than it could chew by escalating with Venezuela, Cuba, China, Iran and so many more countries all at once – and it was simply never going to work.

…but American decline is inevitable

Biden’s administration will probably be filled with Obama alumni and people who actually understand geopolitics, there should be no question about that. But will this actually make him more dangerous to the rest of the world? Hardly.

The limiting of America’s clandestine and military capabilities is not a relic of the outgoing Trump administration but a historical inevitability and Joe Biden cannot salvage this. One must understand that the Americans are always applying maximum pressure; if they are not invading or interfering somewhere, it’s simply because they can’t – whether that be for logistical or political reasons.

And again, there is simply no way to compete with an advanced nation like China – that is experiencing the highest economic growth in the history of humanity and dominating in innovation – with a socioeconomic system that has no concept of common public good. It is impossible.

Trump may have accelerated Washington’s downward trajectory by embarrassing the US on the world stage and self-imploding the US economy over a mismanaged Covid-19 response, but most understand that this is reflective of the US itself and not just Trump alone. After all, a country that could actually produce a Trump presidency and then follow that up with a very obviously mentally deteriorating 77-year-old (soon to be 78!) is unfit to be the world’s foremost power. It is also merely a fact of history that empires don’t last forever.

Biden will rejoin multilateral institutions and agreements, which will bring stability back to Washington’s actions and thus help stabilize international relations. He will also undoubtedly have less capability than Trump to start a serious new conflict, just as Trump had less after Obama’s administration. What will be most important to watch with Biden is how he manages China – whether he pushes for a mutually destructive decoupling strategy like Trump or seeks win-win engagement that could help the entire world economy recover after the pandemic.