Trump warns of ‘big voter dump’ against GOP in Georgia Senate race, as Warnock declares victory before all ballots counted 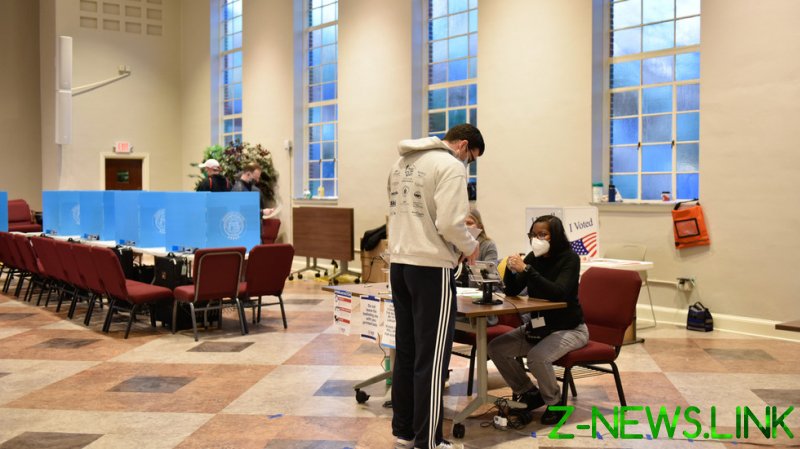 “Looks like they are setting up a big ‘voter dump’ against the Republican candidates. Waiting to see how many votes they need?” President Donald Trump tweeted.

The president wrote in a follow-up tweet: “Just happened to have found another 4000 ballots from Fulton County. Here we go!”

Trump was likely referring to a batch of over 4,000 absentee ballots in the county that helped to tip Georgia in favor of his opponent Joe Biden during the presidential vote in November.

Both tweets were flagged by Twitter, which said in one of the notes that the claim of widespread fraud during the presidential election in Georgia is “disputed” and has been “refuted” by various officials and fact-checkers in the media.

Tuesday’s runoff Senate vote in Georgia is crucial for control of the chamber. The Democrats, who already have a majority in the House of Representatives, can wrest the Senate from the GOP if Jon Ossoff and Raphael Warnock unseat incumbent Senators David Perdue and Kelly Loeffler.

Gabriel Sterling, the voting systems implementation manager for the Georgia secretary of state’s office, told reporters it will likely take “a couple of days” to finalize the vote count.

Georgia Secretary of State Brad Raffensperger told CNN the races were “very close,” and up to 17,000 overseas and military ballots would not be counted until Friday evening. “We are just going to have to wait and see how this all turns out,” he said.

AP and other major outlets have already projected Warnock as the winner.

Warnock declared victory early Wednesday morning. “We were told that we couldn’t win this election, but tonight we proved that with hope, hard work and the people by our side, anything is possible,” he said in a statement.

Loeffler refused to concede, telling her supporters: “There are a lot of votes out there as you all know, and we have a path to victory, and we’re staying on it.”

“This is a game of inches, we’re gonna win this election,” she said, pledging to make sure that “every legal vote will be counted.”