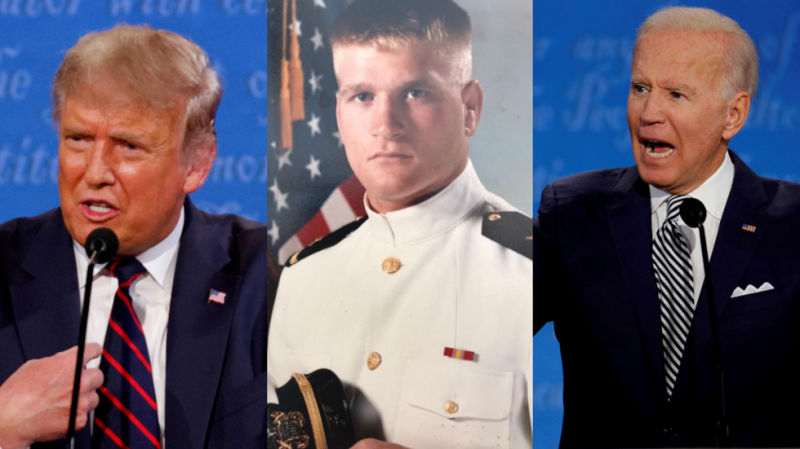 Bobulinski came forward on Wednesday, claiming he can confirm the authenticity of the documents published by the New York Post last week. The emails, supposedly obtained from a Delaware computer repair shop, show Hunter trading access to his father with Ukrainian energy tycoons, making deals for his family in China, and kicking a share of his foreign profits up to Joe, all while the senior Biden was vice president of the US.

With much of the mainstream media either silent or dismissive of the story, Trump will bring Bobulinski to Thursday night’s final presidential debate as a special guest, Fox News reported on Thursday afternoon.

Bobulinski will not get to speak at the showdown, but his presence will give Trump ample opportunity to press Biden on the influence-peddling allegations against him. Bobulinski, a US Navy veteran and investor, has claimed “the big guy” referenced in an email outlining a venture with a Chinese energy company is none other than Joe Biden. According to Hunter’s emails, “the big guy” stood to make a 10 percent slice of the venture’s profits.

President Trump’s choice of guest echoes his decision in 2016 to bring a number of women who accused Bill Clinton of sexual assault to his second debate with Hillary Clinton. It was during this debate that Trump uttered his now-infamous “you’d be in jail” line to Clinton.

Thursday’s showdown, broadcast from Nashville, Tennessee, kicks off at 9pm Eastern Time. Moderator Kristen Welker, whom Trump has accused of bias, will have the power to mute either candidate’s microphone, should they go beyond their allotted speaking time.