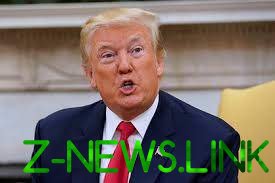 So the activist accused the President of plotting with Russia.

Donald trump threw the Russian flag directly on the Capitol. At this time, the President of the United States went to lunch with Senate majority leader Mitch McConnell.

The activist called the President a traitor and accused of conspiracy with the Russian government. In his opinion, the Congress should discuss the question of trump’s ties with the Kremlin, not tax reform.

See also:  In the United States explosion at a chemical plant.

The protesters were Ryan Clayton of movement Americans Take Action. In July, he also tried to hand the flag of Russia son-in-law and Advisor to the President Jared Kushner.