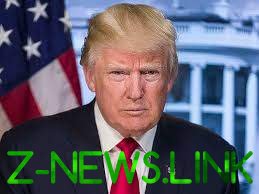 Earlier, the President already talked about the intention to leave the organization.

The President of the United States Donald trump spoke about the country’s withdrawal from the North American free trade agreement (NAFTA). He told this in an interview with Fox News.

“Or it will be signed a new agreement that will be honest with America, or it will be stopped,” the President said. The next round of negotiations on updating NAFTA to be held in November. However, it became clear that they will continue in the next year.

Earlier, Canada, Mexico and the United States began negotiations on updating the NAFTA requirements trump. He also threatened to terminate the contract even before the completion of negotiations. Also, the President of the United States Donald trump mentioned that he is ready to stop the work of the government to seek funding for the construction of a giant wall on the border with Mexico.

And in early 2017 trump has signed the decree about the official U.S. withdrawal from the TRANS-Pacific partnership (TPP; Trans-Pacific Partnership, TPP) — a trade agreement between 12 countries in the Asia-Pacific region to reduce tariff barriers. It is reported Bloomberg. Thus, trump has fulfilled one of his promises given during the election campaign.