Home / WORLD / Trump supporters turn up the heat on Marco Rubio with protest outside his home, demand that he challenge Biden’s electoral victory

Trump supporters turn up the heat on Marco Rubio with protest outside his home, demand that he challenge Biden’s electoral victory 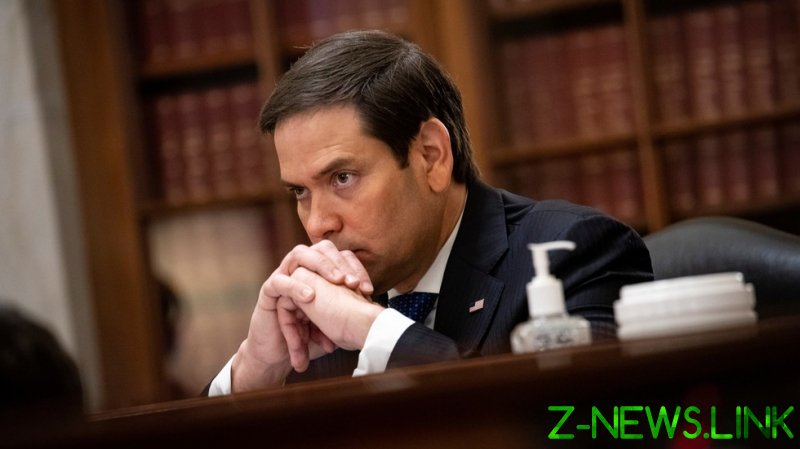 The demonstrators marched from a nearby park before gathering outside Rubio’s residence in West Miami on Saturday, chanting “stop the steal” and waving Trump flags. Footage from Miami ABC affiliate WPLG shows protesters carrying signs with such messages as “Do not confirm” and “Rubio we are watching you.”

The crowd made clear its demand that Rubio challenge finalization of Biden’s victory when Congress convenes on January 6 to certify the electoral results from across the nation. One man said through a megaphone, “If he does not, his political future is over.”

Another participant in the protest, identified as Trump supporter Chris Nelson, said, “We want to send a direct message to Senator Marco Rubio to do everything possible in his power to not certify this fraudulent election.”

Some of Florida’s US House members have said they will vote against certifying results from states where Trump has alleged massive election fraud, but the state’s senators, Rubio and Rick Scott, haven’t taken a stand publicly.

Senator Ted Cruz (R-Texas) and 10 other Republicans jointly announced on Saturday that they will challenge certification of electoral votes unless the Senate agrees to form an emergency commission to conduct a 10-day audit of the results in states that have been disputed. Those 11 follow Senator Josh Hawley (R-Missouri), who previously said that he would try to block certification.

On Sunday, four Republican senators joined in a bipartisan statement calling for Congress to certify results of the November 3 election. Mitt Romney (R-Utah), Susan Collins (R-Maine), Lisa Murkowski (R-Alaska) and Bill Cassidy (R-Louisiana) were among the co-signers, saying, “The voters have spoken, and Congress must now fulfill its responsibility to certify the election results.”

Cruz said he expects most or all Democrats as well as many Republicans to favor formalizing Biden’s victory.

Saturday’s demonstration outside Rubio’s home illustrates the growing pressure on Republicans to prove their loyalty to Trump and risk being branded by the mainstream media as trying to subvert the democratic process. Trump is expected to remain a strong political force if he’s forced to step down on January 20, as scheduled. The president and his allies may campaign against Republicans who were seen as disloyal in 2022, when Rubio is up for re-election.