Home / WORLD / Trump supporters now forced to be on ‘down-low,’ US Capitol protester claims from exile in Belarus

Trump supporters now forced to be on ‘down-low,’ US Capitol protester claims from exile in Belarus 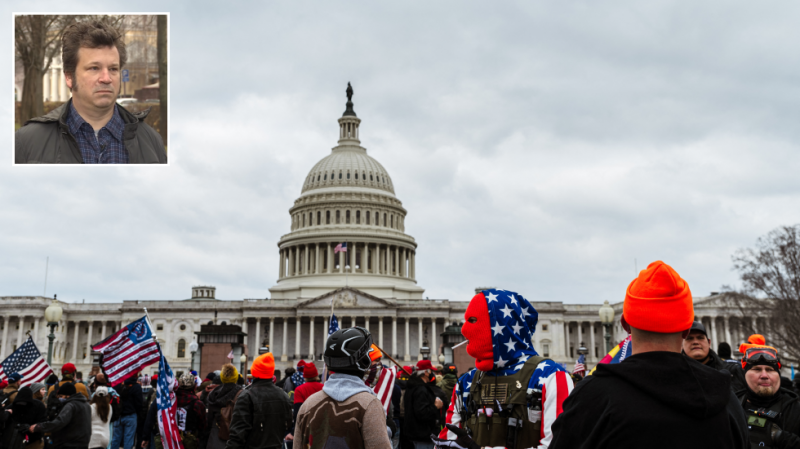 In an interview set to be published on Saturday, the former California resident explained that a “wall of hate” against Trump led to him to cast his ballot in favor of the bombastic businessman at the 2016 election.

According to him, “the Trump supporters in California – the ones that I knew – don’t really congregate, and everybody’s on the down-low about it. Every now and then, somebody comes to me secretly, quietly – everything has to be secretive. Otherwise, you’re socially ostracized.”

Neumann is accused of storming the Capitol building as part of the widespread disorder that hit the American capital in the wake of the 2020 presidential election, as well as facing charges for “assaulting, redirecting, or impeding” law enforcement officers and “knowingly entering or remaining in” a restricted building.

Neumann says he relocated earlier this year to Ukraine, where he stayed for four months. However, after just two weeks, he claims he was tailed by Security Service of Ukraine (SBU) officers, and eventually decided to seek asylum in Belarus.

He insists that he is innocent and was not responsible for an altercation with law enforcement officers.