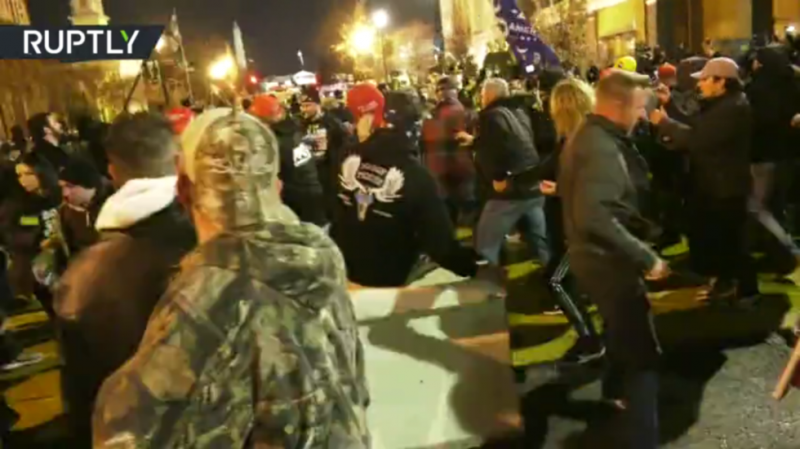 Crowds of protesters, some of them shouting “This is American Plaza” were filmed pushing and shoving police in BLM Plaza next to Lafayette Square. The stretch of 16th Street NW was renamed last year after a huge “Black Lives Matter” slogan was painted there amid the nationwide protests against racism and police brutality.

The confrontation comes ahead of a joint session of the US Congress on Wednesday, which is set to count electoral votes and seal the outcome of the November presidential election as Joe Biden’s victory. President Trump claims that the election was rigged, and many of his supporters back this allegation.

Trump supporters are flocking to DC for a massive “Save America March” in a last-ditch attempt to pressure lawmakers to overturn the election result. The president is expected to personally address the crowds in The Ellipse, south of the White House.