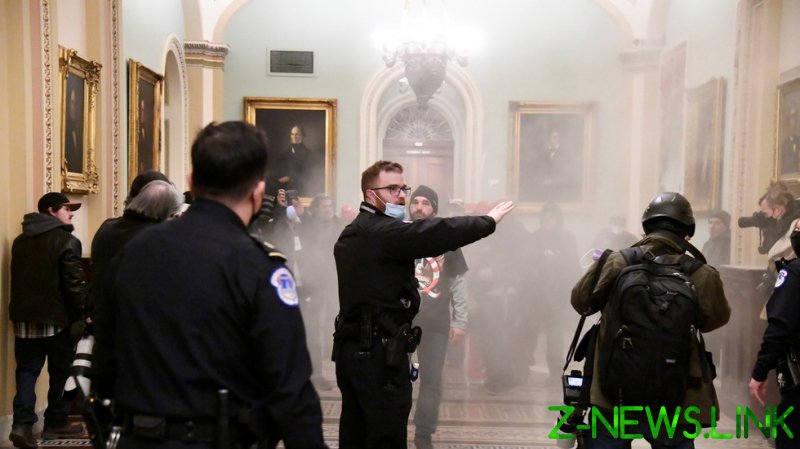 The unidentified woman appears to have been attempting to enter the Senate chamber with other protesters. Capitol Police on the other side of the doors had guns drawn. Video seemingly shows the woman being shot, falling to the ground, and others quickly racing to help her.

She can later be seen being carried out on a stretcher and is now reportedly in critical condition.

CNN is reporting the woman was shot in the chest, but no other details have been provided. House Minority Leader Kevin McCarthy (R-California), who called the breach “unAmerican” had previously reported to Fox News that he heard “shots fired” through a Capitol Police radio amid unconfirmed reports swirling around social media.