Trump spoke of a possible war with North Korea 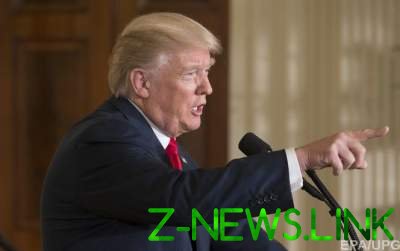 Military action against the DPRK are not seen as a priority.

The President of the United States Donald trump in a telephone conversation with President of China XI Jinping discussed the situation around North Korea.

According to trump, the possibility of military action against the DPRK “is not considered in the first place, but we (the US) will see how the situation will develop”.

Trump called on China, which is the main trading partner of North Korea, to exert more pressure on the country’s leader Kim Jong-UN to restrict Pyongyang’s missile programme.

“I believe Chairman XI agree with me 100%. We had a very, very Frank and very thorough discussion”, – quotes the channel of a trump.

While trump said the Chinese leader promised to take action. “We’ll see if he can do it, to do anything,” said the US President.

“But we will not put up with what is happening in North Korea,” he stressed.

On Sunday, the DPRK authorities announced the successful test of a hydrogen bomb. According to Pyongyang, we are talking about a warhead that can be mounted on a missile.