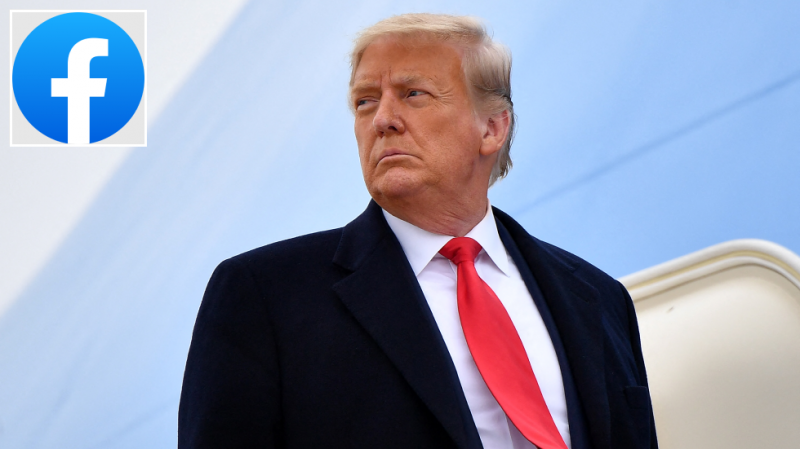 In a statement on Tuesday, the former US president labeled Facebook “corrupt” for protecting celebrities, politicians, athletes and others featured on a list of at least 5.8 million VIP users.

Meanwhile, enforcement actions such as account suspensions, bans and shadow bans are meted out to the rest of the platform’s estimated three-billion-strong user base for rules violations.

The system – called ‘cross check’ or ‘Xcheck’ – had been designed as a “quality control measure” to protect Facebook from negative publicity arising from the moderation of content posted by “whitelisted” users, according to an investigation published by The Wall Street Journal (WSJ) on Monday.

However, the report noted that an internal review of the program in 2019 had slammed the practice and called it a “breach of trust” since it allowed “these people [to] violate our standards without any consequences” unlike “the rest of our community.”

Citing company documents, the report detailed how “newsworthy,” “influential or popular,” or “PR risky” users are exempt from the enforcement actions to which the general public is subjected – even if the content they publish violates the platform’s terms of use.

Trump had reportedly featured on the list prior to his suspension from the platform earlier in the year following the January 6 Capitol Hill riots.

Accusing Facebook of favoring the “so-called ‘Elite’” by “making them exempt from rules,” Trump said in a statement that “Facebook and Big Tech are so corrupt” and claimed that the new revelations would “help [his] lawsuit against Big Tech, and those people who hate America.”

In July, Trump filed class-action lawsuits against Facebook, Twitter and YouTube and their respective CEOs, seeking an “immediate halt” to “censorship” of conservative voices on their platforms, as well as “an end to the shadowbanning, a stop to the silencing, and a stop to the blacklisting.”

Denouncing censorship as “unlawful and unAmerican,” Trump had called the filings – which seek “punitive damages” and the restitution of banned social media accounts – a “game changer for the country” at the time.

According to internal documents accessed by the WSJ, the cross-check system last year permitted posts that violated Facebook rules to be viewed at least 16.4 billion times before they were finally taken down. As early as 2019, the company had reportedly known that the practice was not “publicly defensible.”

In a series of tweets on Monday, Facebook spokesman Andy Stone said the system provided a “second layer of review to content from high-profile Pages or Profiles to ensure correct application of our policies”, and denied that the company had “two systems of justice” depending on the user involved.

Admitting that the company’s “enforcement is not perfect” and that there were “tradeoffs between speed and accuracy,” Stone tweeted that an “overhaul of the process” is already underway with the company bringing in “new teams [and] new resources.”

However, Facebook’s Oversight Board spokesperson John Taylor told AFP that the board had “expressed on multiple occasions its concern about the lack of transparency” in the company’s “content moderation processes, especially relating to the company’s inconsistent management of high-profile accounts.”