Home / WORLD / Trump says will accept ‘peaceful transfer’ of power, but not Dems’ attempt to ‘take down a duly elected president’

Trump says will accept ‘peaceful transfer’ of power, but not Dems’ attempt to ‘take down a duly elected president’ 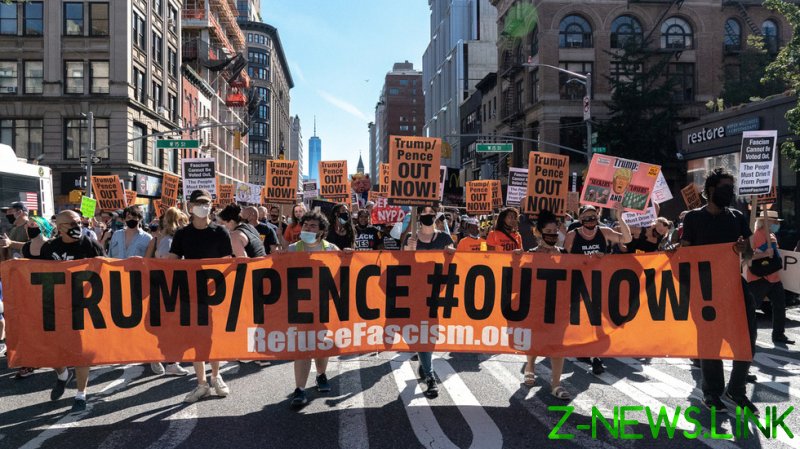 Speaking at a town hall event hosted by NBC on Thursday night, the president vowed to accept defeat so long as the election is “honest,” but took aim at officials under the Barack Obama presidency, who he said targeted his campaign in the waning days of the previous administration.

“They talk about the peaceful transfer, right? They spied on my campaign and they got caught, they spied heavily on my campaign,” Trump told moderator Savannah Guthrie.

A flurry of declassified documents released over Trump’s term indicate Obama’s Justice Department and FBI went great lengths to surveil the 2016 Trump campaign, using unverified opposition research compiled by a former British spy to obtain FISA warrants to keep tabs on members of the Trump team. A review of the bureau’s FISA applications found over 200 false statements and omissions were made, while other declassified material shows the FBI continued its probe into Trump adviser Michael Flynn long after finding “no derogatory information” on which to base an investigation.

The president also voiced concerns about the integrity of the upcoming race at Thursday’s town hall event, arguing the election may be marred by fraud. He cited cases in Ohio, Virginia and other states in which thousands of ballots and absentee applications were mailed with the incorrect information or lost, calling it a “tremendous problem.”

“I see thousands of ballots, unsolicited ballots being given out by the millions, and thousands of them are dumped in dumpsters… It’s happening every single day,” he said, adding that when the ballots “happen to have my name on it, I’m not happy about that.”