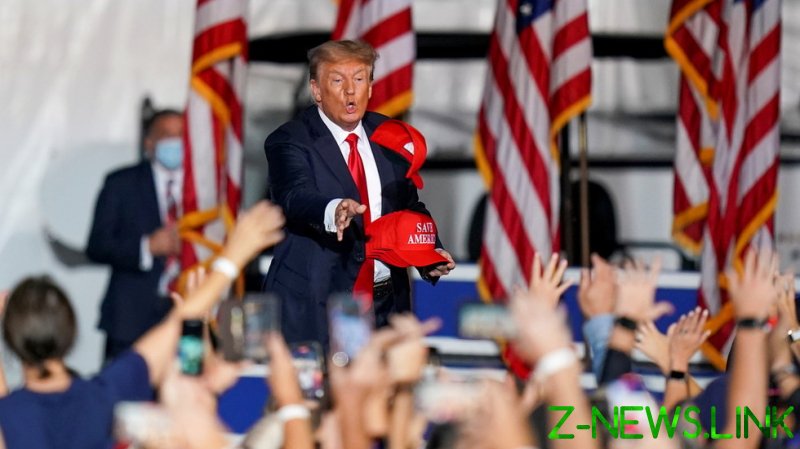 Trump made it clear this week during an interview with Fox News that he believes Democrats have only themselves to blame for not being able to hit their vaccination goals, saying President Joe Biden’s recently announced mandate for companies with more than 100 employees “shouldn’t be necessary.”

Vaccination rates in Republican-leaning states have typically been lower than others, and polling has shown Democrats being far more willing to get inoculated, but Trump says it was the Democrats sitting in the current administration that turned vaccines into a partisan issue.

“Of course, they famously said, if Trump came up with it, I’ll never take it,” he said, referring to comments made by several Democrats, including now-Vice President Kamala Harris, questioning the vaccines’ connection to Trump when they were first developed under his Operation Warp Speed.

Harris specifically said in October of last year that she would take a coronavirus vaccine if it was promoted by Dr. Anthony Fauci or other health officials, but not if Trump was the only one pushing it.

“If you remember, when I was president, there were literally lines of people wanting to take it,” the Republican said. “Now, you have a different situation, and it’s very bad.”

It is a “lack of trust” in Biden and the current administration that is keeping some from getting jabbed, Trump added.

When announcing his new mandate – which is already facing numerous potential legal challenges – Biden grew visibly frustrated with the unvaccinated and said the administration’s patience was “wearing thin.”

“They disparaged the vaccine, and now they wonder why people aren’t wanting to take it?” Trump said in response to Biden’s comments. “It’s a disgrace.”

Some critics have called on Trump, who is vaccinated himself, to do more to promote the jabs, though he has already been promoting them as safe. At a recent rally in Alabama, the Republican was even met with some boos from the crowd of his own supporters when he advocated getting inoculated.

Despite concern from health officials about the unvaccinated, over 75% of US adults have received at least one dose of a vaccine, according to data from the Centers for Disease Control and Prevention (CDC), and nearly 65% are fully vaccinated.