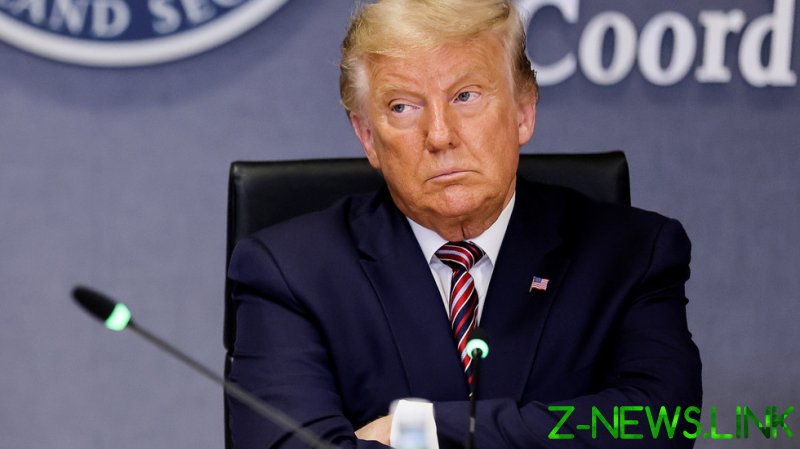 “I don’t know much about the NBA protest. I know their ratings have been very bad because I think people are a little tired of the NBA,” Trump said on Thursday.

On Wednesday, the Milwaukee Bucks chose not to show up to their game against the Orlando Magic, citing racial injustice in the police shooting of Jacob Blake. The African-American man was severely injured after resisting arrest in nearby Kenosha last Sunday. Protests over the incident quickly escalated into riots that have destroyed dozens of buildings and left at least two people dead.

More teams followed the Bucks, and the basketball league suspended all playoff games. Numerous baseball teams followed suit, with many sports journalists urging other sports franchises to do the same.

The NBA has fully embraced the Black Lives Matter movement, putting the phrase not just on the tracksuits and player jerseys but on the courts themselves. Yet the league’s TV ratings have declined despite it being the only way to watch the games, as live audiences inside the arenas are not permitted under coronavirus protection measures.

While the protesting players haven’t yet put forward specific demands, the White House has moved to dispatch federal law enforcement and National Guard troops to Kenosha to crack down on the unrest.

The question about basketball came during a press gaggle as Trump returned to the White House from the Federal Emergency Management Agency (FEMA) headquarters in Washington, DC where he was briefed on the impact of Hurricane Laura.