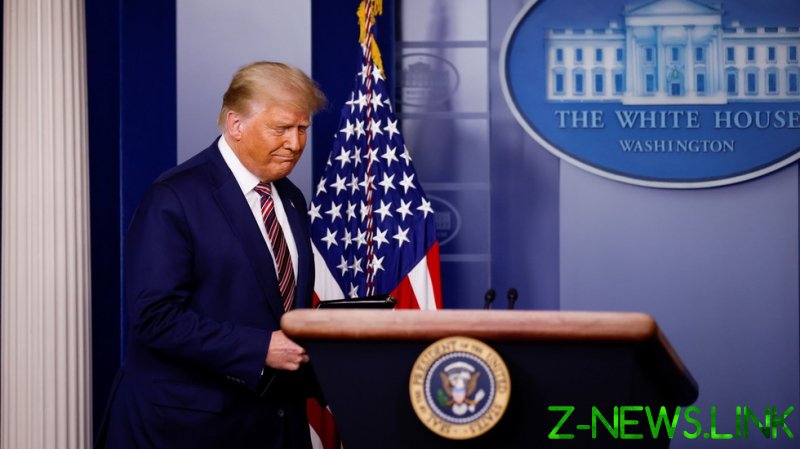 “I’ve decisively won many critical states, including massive victories in Florida, Iowa, Indiana, Ohaio, to name just a few. We’ve made these and many other victories despite election interference from Big Media, Big Money and Big Tech,” Trump said in a speech at the White House on Thursday evening.

Trump accused the media of “knowingly” circulating what he called “suppression polls” where he was trailing Democratic challenger, Joe Biden.

He then claimed that the alleged count irregularities might cost his campaign what otherwise would have been a certain election victory.

Trump has doubled down on his allegations of widespread voter fraud by Democrats and electoral officials, touting lawsuits challenging the counting process as litigation that “will shake even you people up.”

Speaking on the races in individual battleground states, Trump said that his campaign was “on track” to take Arizona. While the Associated Press and several other US media have already reported that Biden had flipped the historically red state blue, the GOP pins hopes on thousands of votes from Republican-leaning areas of the Sun Belt state that are still being counted.