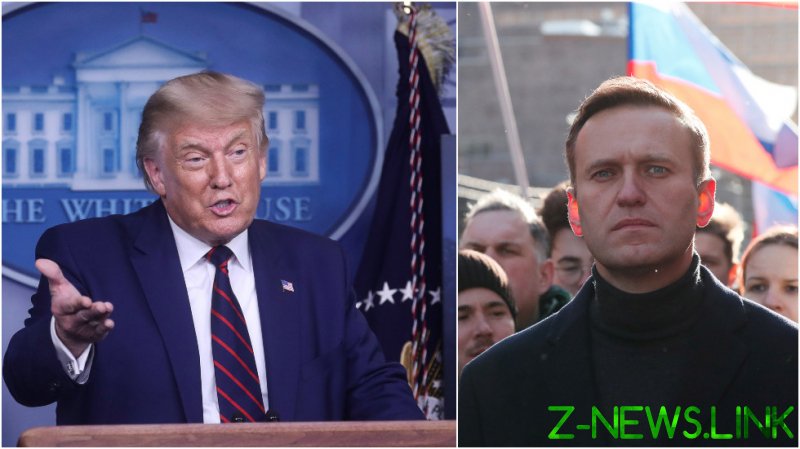 “I don’t know exactly what happened,” Trump told reporters Friday in a White House briefing. “It’s tragic. It’s terrible. It shouldn’t happen. We haven’t had any proof yet, but I will take a look.”

Trump added that while he has no reason to disbelieve claims by the German government that Navalny was poisoned with a nerve agent from the Novichok group, he’s awaiting evidence before reaching conclusions about actions that should be taken against Russia. “We have not seen it ourselves,” he said of the supposed definitive proof claimed by Berlin.

Navalny fell ill on a flight from Tomsk to Moscow on August 20, prompting an emergency landing and his immediate hospitalization in the Siberian city of Omsk. Less than 48 hours later, he was flown to Berlin’s Charite Clinic.

Russian doctors did not find any toxic substances in Navalny’s system, but shortly after his arrival in Germany, local doctors announced that the opposition figure had been poisoned with a cholinesterase inhibitor.

NATO and EU leaders demanded that the Kremlin explain the “attack” and warned of an international response over what German Chancellor Angela Merkel called an effort to silence one of President Vladimir Putin’s strongest critics.

Moscow has denied any involvement. Kremlin spokesperson Dmitry Peskov said that Russia hasn’t received evidence from Germany as to what caused Navalny’s condition and that nobody in Russia would actually gain anything from poisoning the opposition figure, while Foreign Minister Sergey Lavrov pointed out the “suspicious haste” with which Moscow has been accused.

Trump said he would be “very angry” if evidence verifies that the Russian government poisoned Navalny. He said Washington hopes to receive “a lot of documents over the next few days,” but it is unclear if any of those will be made public.

The US president has received heavy criticism for his reluctance to immediately join NATO allies in pressing Russia over the Navalny incident, which CNN called “the latest instance of Trump failing to speak out and call for answers from the Kremlin on issues ranging from election interference to possible bounties on US troops in Afghanistan.”

Trump took a similar approach when the New York Times published an anonymously sourced hit piece claiming that Russia had paid bounties to Taliban forces for attacking US soldiers in Afghanistan. He has resisted slapping Moscow with sanctions based purely on allegations and public outrage. More than two months later, those allegations still remain unverified, with the only sources willing to go on record refuting the story.